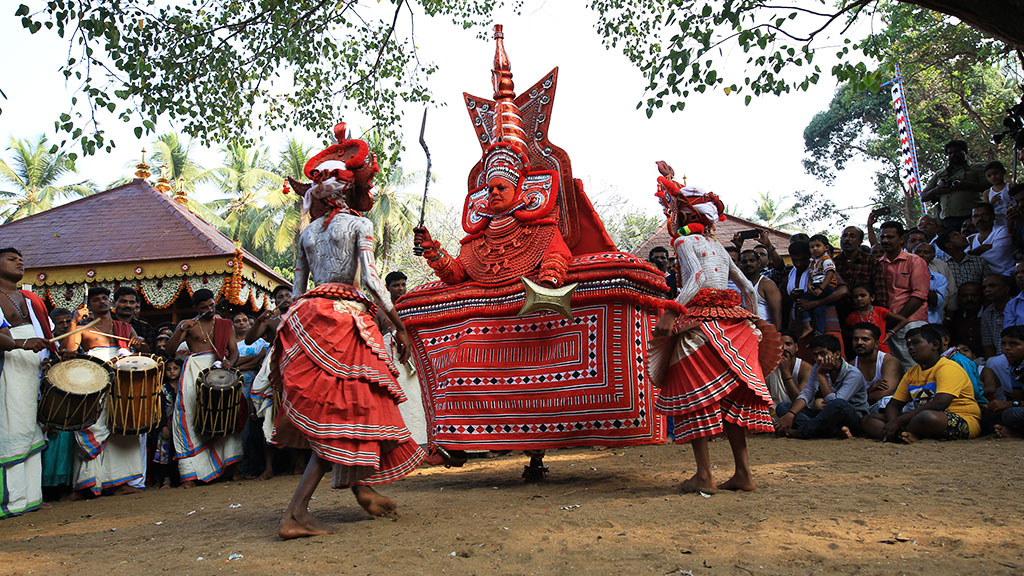 Believed to have been built by the Sage Parasurama, the fifth incarnation of Lord Vishnu, Andalur Kavu at Dharmmadam village in Kannur district is a renowned Lord Rama temple popular for its annual Theyyam festival called Kaliyattam.

The Kaliyattam performed here is based on the stories of Epic Ramayana.

The festival takes place in the Malayalam month of Kumbham which falls in February-March.