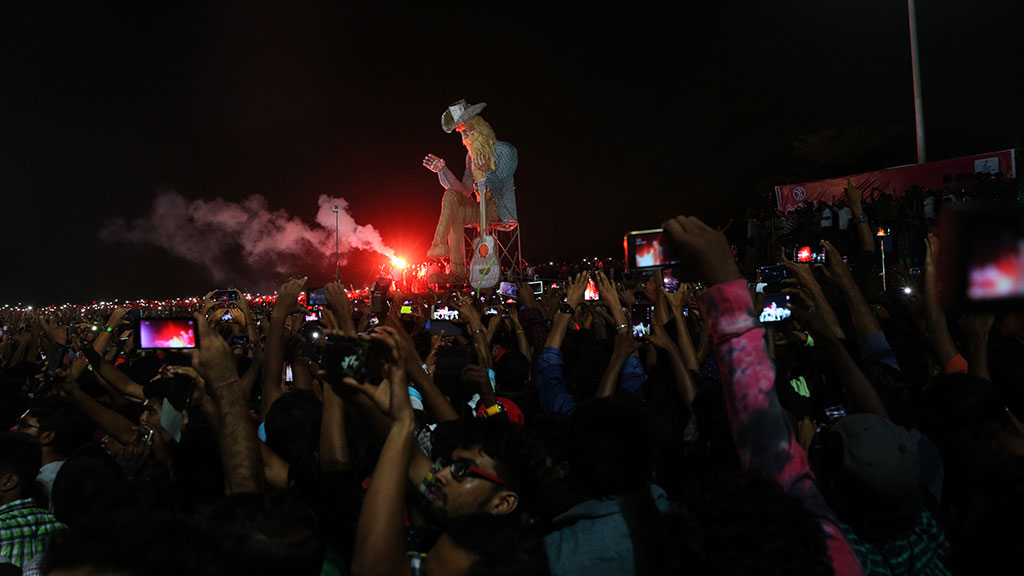 Fork Kochi welcomes every New Year in the most grandiose way possible with much fervour and panache.

The festival is marked by the burning of a giant ‘Pappanji’, the model of an old man with a suit and a beard, at zero hour on the 31st of December, bidding adieu to the past year.