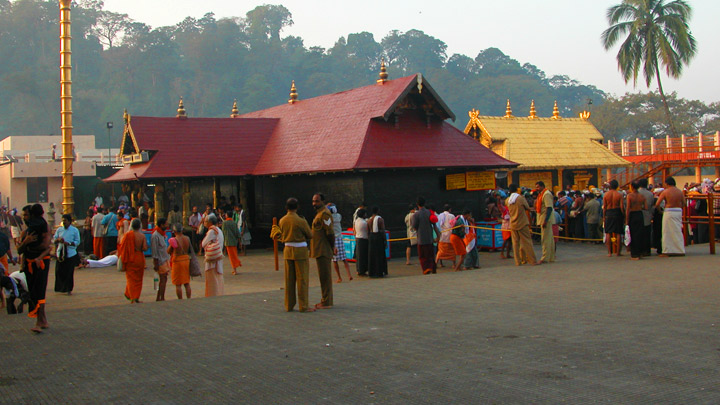 Welcome to one of the most famous pilgrim centres in India. The Sabarimala temple is located in the Sabari Hills, towards the east of Pathanamthitta District. The divine incantation amid the lush forests and grasslands and the thousands of people that visit this temple, irrespective of caste and creed, make it a very unique pilgrim destination. Lord Ayyappa is the presiding deity here.

The annual pilgrim season to Sabarimala begins with the Mandalakala season, which commences usually in the months of November-December followed by the Makaravilakku season during December-January. The temple at Sabarimala can be accessed via many traditional routes. Pamba is the main halting point on the way to Sabarimala. As per tradition a dip in the sacred river Pamba cleanses the pilgrims off sins and after that they proceed to the sannidhanam or the sanctum sanctorum of Lord Ayyappa. A truly riveting spiritual experience in the lap of pristine nature, Sabarimala has become a major destination of the faithful in India.