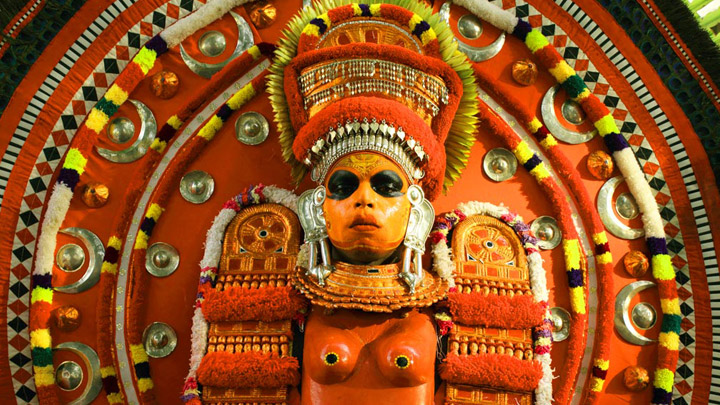 The annual ten day Theyyam festival of Perumthitta Tharavadu Kottamkuzhy of Kasaragod district is prominent among the Theyyam festivals found in Kerala. It becomes the stage for a variety of Theyyams like Elayoor Theyyam, Chamundi Theyyam, Panchoorla Theyyam, Muthor Theyyam to name a few. The performer dons the role of heroes and ancestral spirits. One wouldn't ask for a better visual treat after witnessing such an array of Theyyam together.