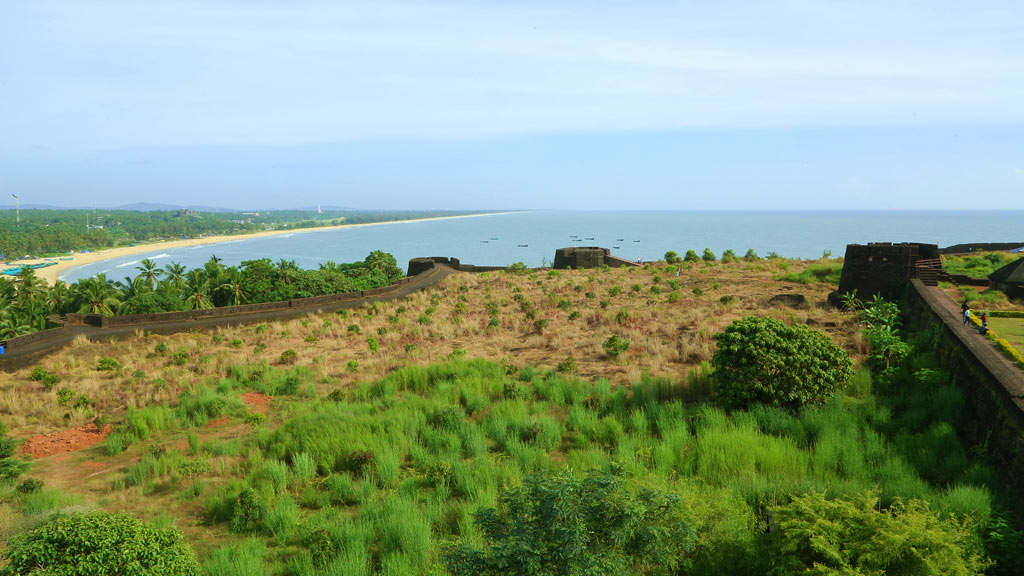 Hailed as 'Saptha Bhasha Sangama Bhoomi' - the land of seven languages, Kasaragod is endowed with rich natural resources. It is celebrated for its majestic forts, ravishing rivers, hills, green valleys and beautiful beaches. The economy of the district is mainly dependent on agriculture. The major crops include Paddy, Coconut, Areca Nut, Cashew, Pepper, Banana, and Rubber. Kasaragod became part of Kerala following the re-organisation of states and formation of Kerala in November 1, 1956. Then, it was Kasaragod Taluk in Kannur District. Later in 1984, Kasaragod district was formed in a bid to ensure a more focussed approach towards the development of the region. Basis GO (MS)No.520/84/RD, dated May 24, 1984, Kasaragod and Hosdurg taluks from the then Kannur district became part of the Kasaragod district.

Even though the name Kasaragod promptly conjures up images of Theyyam, its undulating landscapes, mouthwatering cuisines and many more of what the district is now renowned for, the spirit of Kasaragod can only be truly known by understanding its vibrant and multicultural history transcending borders. The influence of the forces that once governed the land have left layers of imprints on the cultural heritage of the land.

The earliest known records of the place trace back to the notes and descriptions of the explorers from different parts of the world, especially Arabs and Europeans. The records of Duarte Barbosa, Dr Francis Buchanan and many such travellers reveal the cultural and economic interaction Kasaragod had with the foreign nations. Besides foreign powers, many religions had also entered Kerala through this land. Historians opine that the Vedic religion reached Kerala through Konkan and Tulu. Some places of worship in the district now serve evidence for the fact that Buddhism and Jainism had also made their mark here.

Some of the tribal settlements found only in Kasaragod include Korangar, Malakkudi, Mavilar, Koppalar and Malavattu. Other tribes who have been living for generations in the district are Velan, Kadaan, Narasanar, Madigar, Bakur, Moger and Pulaiyar. Kasaragod has been under the rule of many Indian dynasties, the earliest of which is the Tuluva Kingdom who governed the northern part of the district, and the Kolathiris or Chirakkal royal family who ruled the central and southern parts of the district. Local legends claim that there were 32 Malayalam and 32 Tulu villages in the region. Though there were attacks from the Vijayanagara Empire, the land remained under the domain of the Kolathiri family for a long time.

With the fall of the mighty Vijayanagar Empire and as the power was shifted to several feudal chieftains, the Ikkeri Nayakas sensed the political and economic importance of the land and swiftly rose to power. Like every successful empire in history, the Nayakas established their dominance first by strengthening their territory. It was during their times that many of the forts that now mark the land were built. They fortified their territory to defend attacks from overseas and also to reinforce their attack on Malabar.

Later, the land was to be annexed by the Mysore rulers. Hyder Ali, followed by his son Tipu Sultan made their share of attacks on Malabar and Tipu later conquered the place. After the death of Tipu Sultan, the power went naturally to the hands of the British. It was very late until the mid-20th century that Kasaragod was merged with the state of Kerala. Finally after Independence, with the reorganization of states, Kasaragod was officially declared as a part of Kerala.

There are ever so many interpretations and views on the derivation of the name Kasaragod. Legends and other oral stories throw light on these interpretations. Popular among them is the view that it is the combination of two Sanskrit words kaasaara (which means lake or pond) and kroda (which means a place where treasure is kept). Kasaragod is also a place where the kasaraka trees (Strychnos nux vomica or Kaanjiram or Kaaraskara) grow in abundance. Perhaps Kasaragod could have inherited the name from these trees. The large number of lakes and ponds in the coastal belt of the district and the thick flora consisting of innumerable varieties of trees and shrubs especially the kasaraka trees validate both interpretations.

There’s much about the topography of Kasaragod that makes it unique. It is bounded by the culturally rich Kannur in the south, Karnataka in the north that shares diverse art forms like Yakshagana and many more with the district, the majestic Western Ghats lining the eastern side and the tides of Arabian Sea forever caressing the western borders of Kasaragod. The district covers an area of 1992 sq. km. and is divided into four taluks namely Kasaragod, Hosdurg, Vellarikkund and Manjeshwaram. The taluks are further divided into 129 villages. The administrative segment is divided into 38 panchayats and six development blocks which are Kanhangad, Karadka, Kasaragod, Manjeshwaram, Nileshwaram and Parappa. Fishing and related activities are a major source of livelihood for the people of Kasaragod as the coastline of the district extends to around 293 km. There are a number of rivers and lakes crisscrossing the landscape. The topography of the district has features that divide the district into a lowland bordering the sea, a midland of an undulating landscape and rises to a highland of forests on its east end.

Kasaragod district is unique for its linquistic culture is also known as Sapthabhasha Sangamabhoomi as seven major languages are spoken here. Malayalam is the administrative language. Other languages are Kannada, Tulu, Konkani, Marathi, Urdu and Beary. The standard Malayalam spoken in the other districts of Kerala varies distinctly from the Malayalam spoken in Kasaragod. It is said that the language used here shows little influence of Sanskrit, unlike the other Dravidian languages. It has borrowed considerable influences from Tulu, Kannada, Arabic, Hindi, Tamil etc. The language here is also actively evolving by adding new words to its vocabulary.

The rich cultural heritage of Kasaragod is reflected in the range of art forms that took form in this region. The spectacular pageant of Theyyam, the energy and vibrancy of Yakshgana, Kambala (buffallo race) and Cock fight all compose a symphonic melody out of this great land.