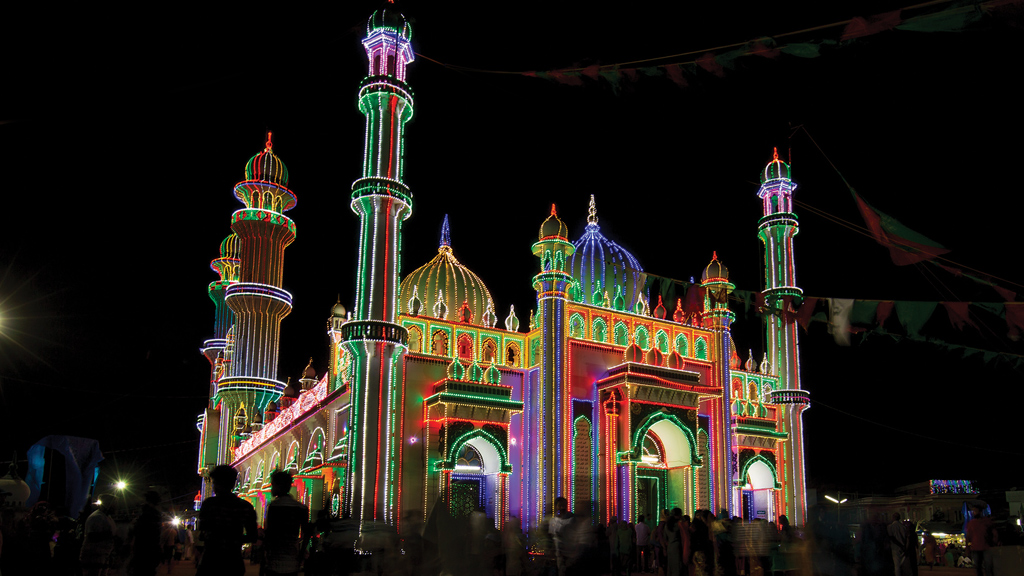 The annual Uroos at the Beemapally Dargah Shareef in Thiruvananthapuram is celebrated to commemorate the death anniversary of Beema Beevi and remember her deeds. The 11-day festival commences at the beginning of Jama dul Akbar of the Hijra calendar with the hoisting of the festival flag.

Also known as Chandanakkudam Mahotsavam, the highlight of the festival is that the devotees bring earthen pots (kudams) filled with coins as offerings. These pots are covered with sandal wood paste (chandanam). The festival is also a time to see several art forms like Daharamuttu (done with sword) which is performed within the mosque.