Dedicated to Lord Shiva and Goddess Parvathy, this ancient temple situated in Ernakulam district is famed for its unique rituals and traditions. The temple consists of a Sreekovil (sanctum sanctorum) where you can see wood carvings of a vyali (dragon). On the ceiling of the Namaskara Mandapam (pavilion), you can see episodes from the Deva-Asura (gods and devils) battles and Devotsavam (divine festivals) as well as pictures of the Nava graham (nine planets).

Another peculiarity of the temple is that here the sreekovil of the Goddess will be opened only for 12 days a year. The festival Nadathurappu Mahotsavam [opening of the temple] is conducted every year on the Thiruvathira day of the Malayalam month of Dhanu (mid-December – mid-January).

To know the timings and other details visit, https://www.thiruvairanikkulamtemple.org/ 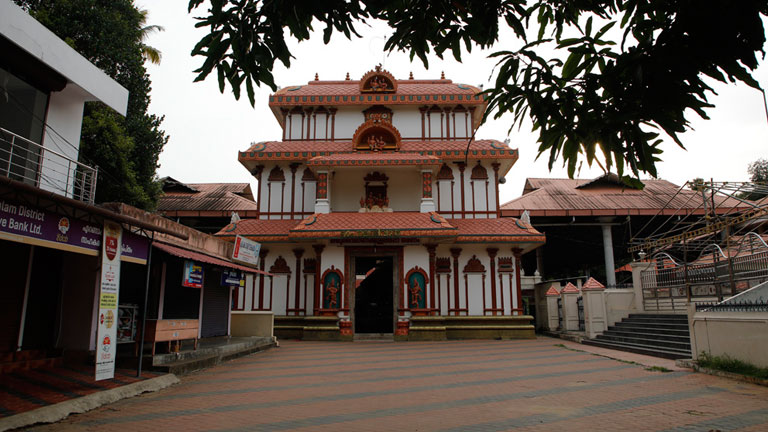