Vaikom Mahadeva Temple is an ancient temple in Kerala dedicated to Lord Shiva. The temple is popular for its annual Vaikathashtami festival.  The Shiva Linga here is believed to be from the Treta Yuga (the second of the four yugas, or ages of humankind) and is considered as one of the oldest temples in Kerala.

The temple architecture is also striking. Though the Sreekovil (sanctum sanctorum) appears circular externally, this is the only temple in Kerala with an oval-shaped Sreekovil. The first chamber of the shrine is built in stone and a single piece of wood. The sanctum sanctorum is built in stone, including the roof. Vaikom Mahadeva Temple is situated in Kottayam district, Kerala.

Surrounded by the Vembanad Lake, Vaikom embraces travellers with its beautiful water bodies and serene village life, click here for the details 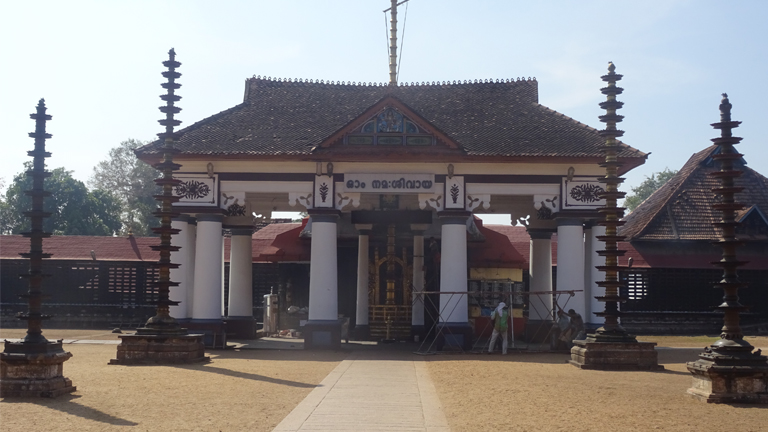