Dedicated to Lord Krishna, the Aranmula Parthasarathy Temple, situated on the banks of River Pamba in Aranmula in Pathanamthitta district, is famous for the annual Vallasadya (ritual feast) and Vallamkali (boat race).

Built-in the traditional Kerala architectural style, the roof of the temple and some of the pillars are noted for their intricate wood carvings depicting various stories from ancient Indian epics like the Ramayana and the Mahabharata. This shrine also carries paintings on its walls that date back to the early 18th century CE.

Valla Sadya of Aranmula
The most celebrated festival of Aranmula Temple is the Valla sadya, a grand feast with up to 64 dishes. There is a snake boat pageantry during the time of the Onam festival. There are several snake boats in the neighbouring villages exclusively used for participation in this temple ritual. The traditional feast is served every day from mid-August to the beginning of October. Serving this feast to snake boat rowers is considered a sacred temple ritual. 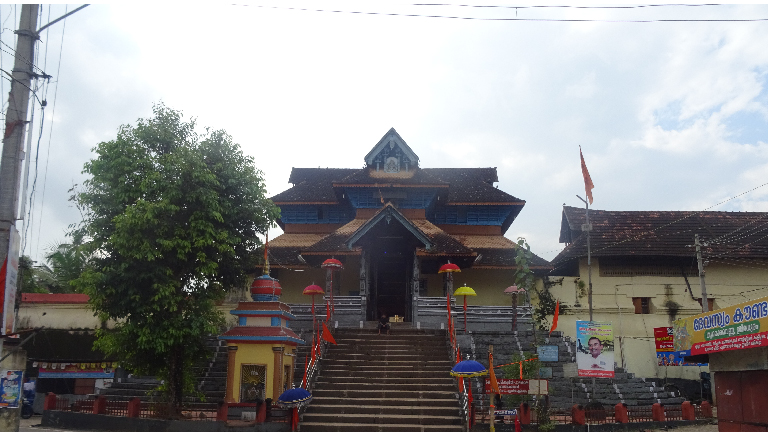