With its stupendous architecture and meticulously constructed design, Thiruvilwamala Vilwadrinatha Temple is one of the prime tourist attractions in Thrissur district. It is situated about 100 ft above sea level in the peaceful village of Thiruvilwamala.

The presiding deities are Lord Rama and Lord Lakshmana. The temple consists of two double-storeyed square-shaped sreekovils (sanctum sanctorum) and two anakkottils (platform for elephants). The idol of Lord Rama is around 5 ft tall, and is made up of a rare kind of stone, called Pathalanjana Sila.

The famous Punarjani Cave is situated near the temple. Entry to this cave is allowed only once a year. On the eastern side of the temple, there stands a huge peepal tree that grabs the attraction of all. This part of the hillock is known as the Bhoothanmala (hill of ghosts). 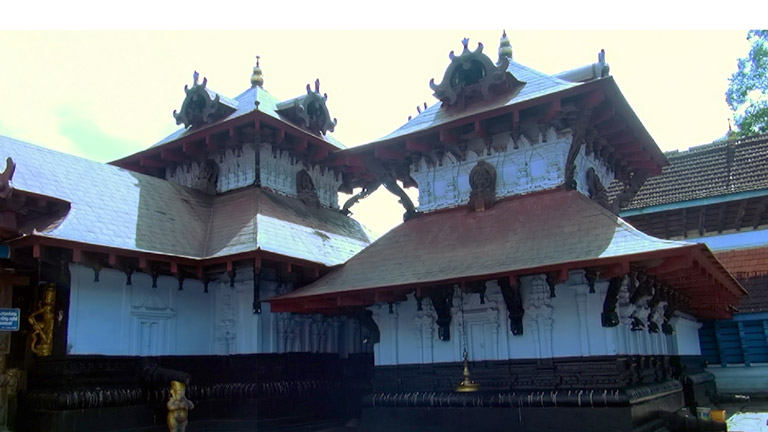