50 kms north of Kochi is the ancient port town of Crangannore, now called as Kodungalloor. The goddess Bhagavathi is the presiding deity of the ancient temple here. The Bharani festival which falls in the month of Meenam (March/April) attracts the largest congregation of Velichappadu (oracles), both men and women. The term Velichappadu in Malayalam means "the revealer of light".

The festival commemorates goddess Bhadrakaali's victory over the demon Daarika. The huge idol of Bhadrakaali, with eight hands, each holding weapons like swords and wheels evokes reverential fear in the minds of the devotees. Velichappadus dressed in red costume and with streaming hair, smear their body with turmeric powder, wear huge waist belts studded with bells and hold aloft sacred swords of different sizes and shapes.

Once in a trance, these oracles perform a frenzied dance, repeatedly slashing their foreheads with curved swords. As a supreme symbol of their devotion they make a sacrificial offering of their own blood to the deity. A grand procession (Ezhunnallathu) with nine majestic tuskers is held in the evenings followed by a series of cultural programmes staged in the temple premises. 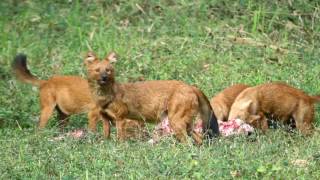 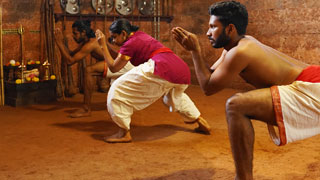