Mohiniyattam, the female classical solo dance of Kerala, is the dance of the Mohini, the celestial enchantress of Hindu mythology. The origin of Mohiniyattom is rooted in Hindu mythology. Legends says that when the ocean of milk was churned to extract the elixir of life and immortality, the demons made away with the divine brew. Lord Vishnu came to the rescue of the panicking gods. Assuming the form of the amorous celestial dame Mohini, he charmed the demons, stole the elixir from them and restored it to the gods. The dance of Mohini was adopted by the Devadasis or temple dancers, hence also the name Dasiattam which was very popular during the Chera reign from the 9th to the 12th centuries. 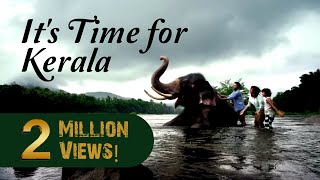