What you see is a Nangyarkoothu performance by well-known artiste, Ms. Margi Sathi.

This is a solo dance drama mainly centered on the legends of Lord Krishna. Verses are sung and interpreted through mime and dance. The mudras though the same as in Kutiyattam, are even more elaborate. Movements, gestures and facial expressions which have their origin in Natyasastra, the treatise on theatre, written by Sage Bharatha in the 2nd century BC.

The performance is accompanied with Mizhavu (a percussion instrument) and Ilathalam (cymbals). It is still performed in temples like Vadakkunnatha temple at Thrissur, Sri Krishna temple at Amabalappuzha, Koodal Manickyam temple at Irinjalakkuda and Kumaranalloor temple at Kottyam. 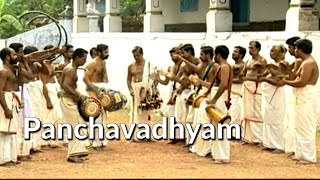 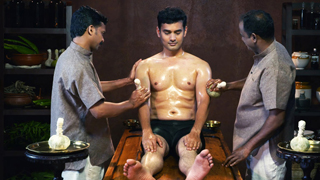