Peruvanam Pooram - An Extravaganza to Behold

Peruvanam Pooram - An Extravaganza to Behold

When was the last time you soaked yourself in the festive spirit of Kerala? We give you a chance to relive those memories of the colourful temple festivals of God’s Own Country through this video which showcases the grandeur of the Peruvanam Pooram, the annual festival of the Peruvanam Temple in Cherpu, Thrissur District.

The temple festival is centuries old and creates wonder with its richly caparisoned elephants, ebullient percussion music and unique rituals. The temple dedicated to Lord Shiva celebrates the fiesta during the Malayalam month of Meenam (March-April). An impressive elephant pageantry conducted as part of this is the most eye-catching event of the festival. During this time, one of the majestic tuskers carries the Thidambu- a replica of the presiding deity.

In Peruvanam Pooram the deity of Lord Shiva resides as a silent spectator (host of the festival) without any active participation. Currently, 23 temples mark their presence in the Pooram but myths suggest that in ancient times around 108 temples participated.

The Pooram paints the city in its festive vibrance and cultural essence. The thousands that throng the temple premises burst into cheers and whistles as they watch the visual extravaganza.

An enthralling scene of this splendid fiesta is the Pandi and Panchari Melam. The Melam continues for around four hours till dawn. The performance is carried out in the Peruvanam Nadavazhi which is constructed in such way that it can be used as a natural theater for performances.

The Pooram is rooted in rich traditions and culture. History depicts that the Pooram of Urakathamma Thiruvadi that participated in the Peruvanam Pooram was the first to perform the Panchari Melam there. Likewise, it is believed that the pooram of Cherpu Bhagavathy Temple introduced “Nettipattams” for the first time. 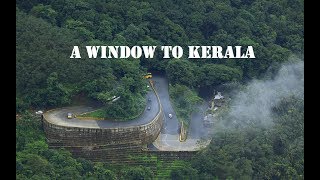 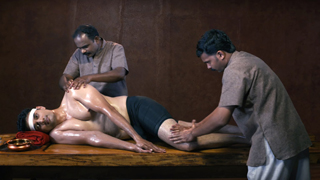