Kannyarkali, also known as Desathukali or Malamakkali is a folk art mostly practised by the Nair community of the Palakkad area. It owes its origin to the pursuit of martial arts in this region which was under constant threat of attack from neighbouring Konganadu.

Kannyarkali was born when dance and comedy were pitched in to add vigour and colour to the martial training sessions. The art form combines the agile movements of martial arts with the rhythmic grace of folk dance performed around a nilavilakku.

Performed during March-April in temples as well as in places called the "Thara', a venue for informal gatherings, this art form is accompanied by devotional folk songs and the loud beat of percussion instruments. The orchestra includes ilathalam or cymbal and percussion instruments like chenda, maddalam, edakka and udukku. 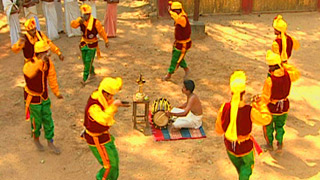 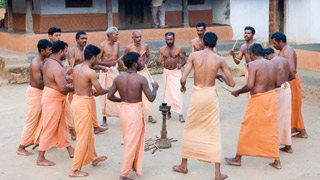 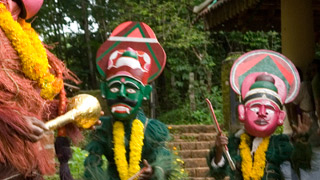