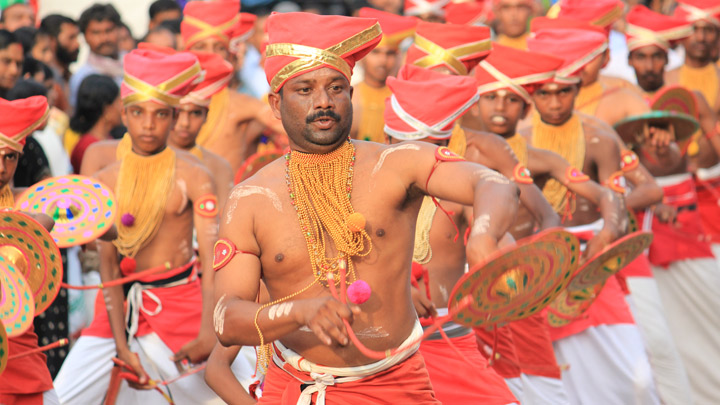 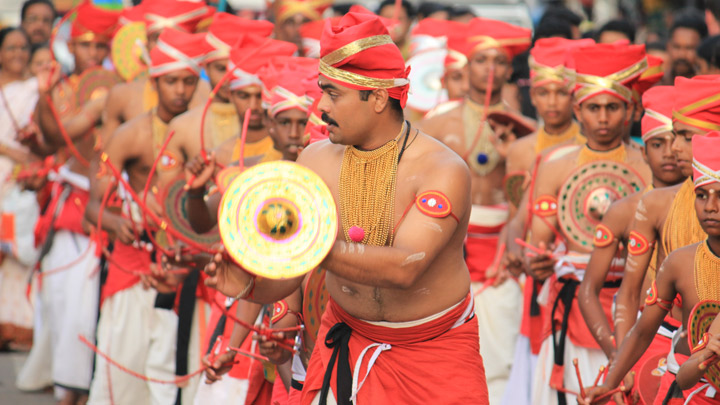 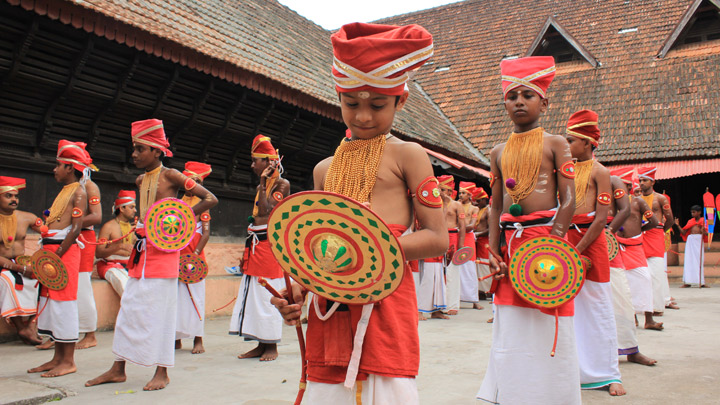 This spectacular martial dance is performed by men in some of the temples of southern Kerala. The dancers, clad in the traditional clothes and colourful headgear of the medieval Nair soldiers, engage in vigorous movements and dexterous sword play, to the accompaniment of an orchestra comprising the maddalam, ilathalam, kombu and kuzhal. Velakali originated in Ambalappuzha where Mathoor Panicker, chief of the Chempakasserri army, promoted it to boost the martial spirit of the people. The dance form is a regular feature of the annual festivities at the Ambalappuzha Sree Krishna temple in Alappuzha district. 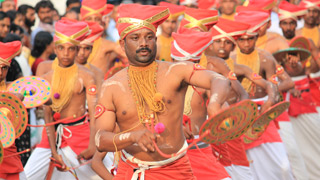 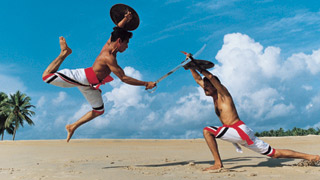