Achamthuruthi is a small island that abounds with incredible beliefs and rituals. It is a village in the middle of the Tejaswini River, near Cheruvathur of Kasaragod district. Old-timers believe that as it is beyond the Thuruthi village of Cheruvathur, it came to be known as Achamthuruthi. The geographical regions here include Achamthuruthi and Thaikadapuram.

The history of the place is linked to the story of Kali Chekavan, and incarnation of Sree Krishna (Gopala). What lends credence to the story is the Vishnu Moorthy Bala Gokulam Temple situated on the banks of Tejaswini River. Some eight centuries ago, small children in the neighbourhood would come and gather machinga (withered tender coconut fruit) and other things needed for the ‘neruppu’ of Theyyam (for ‘agni pravesh’) and play with it. When some unfortunate incidents happened, the elderly people forbade the children from playing. After a while, some families in the area were affected by diseases and astrologers ordained that a balagokulam be built and children perform theyyam. Even to this day this tradition has been carried on. Here theyyam is performed by unmarried youth. It is known as pillerutheyyam, an ottakolam theyyam.

It’s not only beliefs and legends that make Achamthuruthi famous. The serene and exotic village landscape and the Tejaswini River together make it a rural village tourism destination.

When we come from Nileshwaram, we see the Kottappuram – Achamthuruthi Foot Bridge, across the river. This is the longest foot bridge across a river in the State, almost 400 metres long. 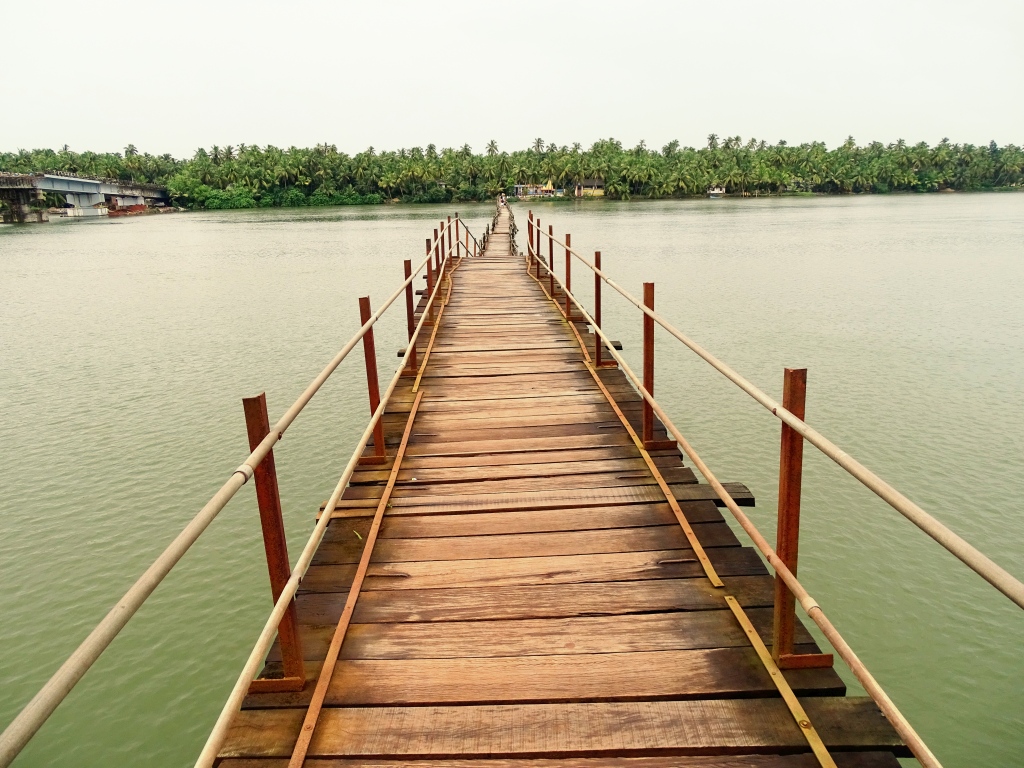 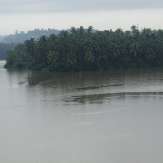 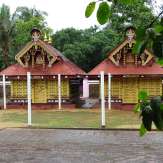 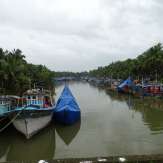 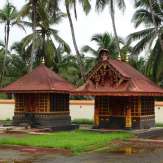 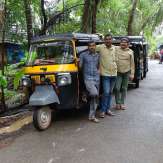 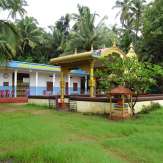 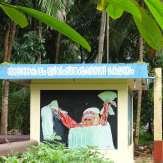 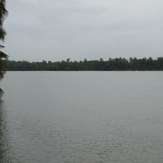 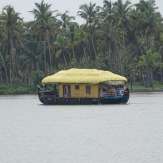 A houseboat on cruise at Kottappuram Backwaters 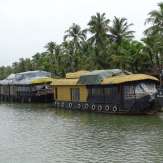 Waiting the passengers | Houseboats at Kottapuram 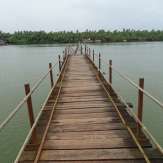 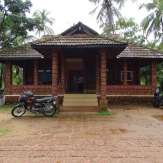 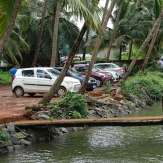 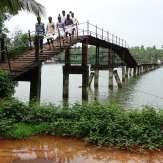 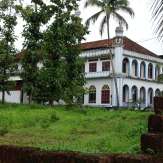 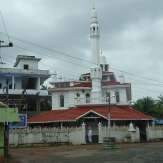 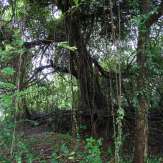 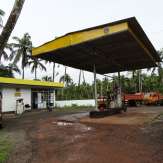 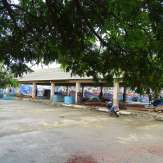 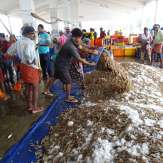 Chakara of Prawns at the harbour 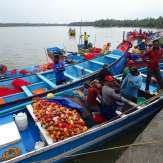 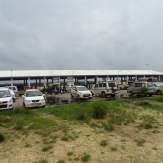 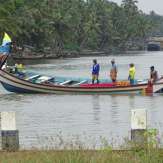 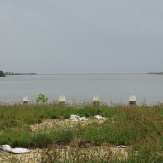 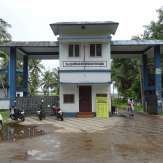 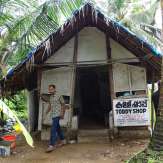 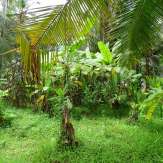