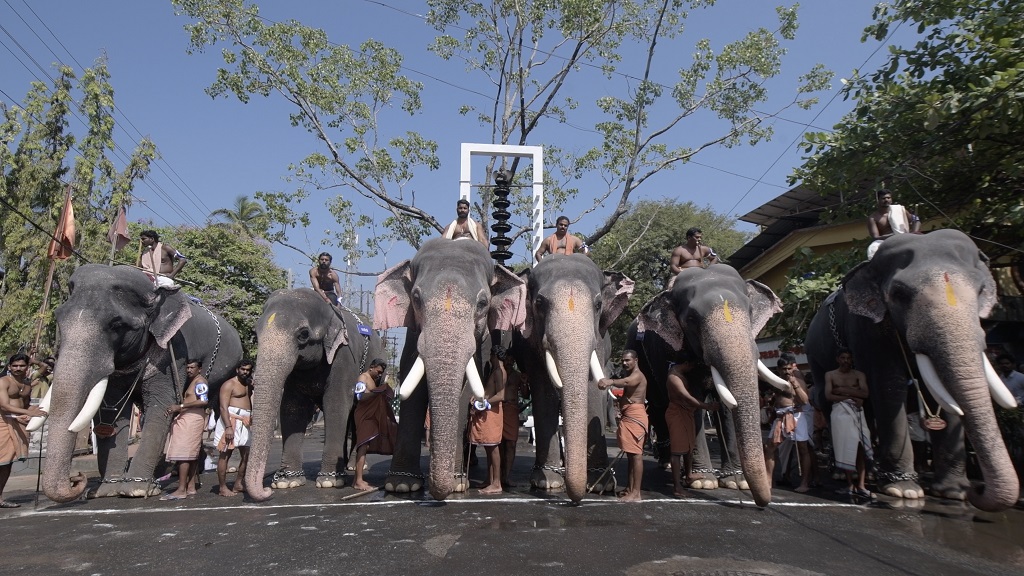 The largest land mammal on planet Earth isn't necessarily known for its speed. Wisdom, adaptability, and strength, maybe, but rarely are the majestic elephants mentioned in speed races. But like most things, you're always greeted by the unexpected in God’s Own Country. Visit the famous Guruvayur Sree Krishna Temple in Thrissur, where these tuskers participate in the jaw-dropping Guruvayur Aanayottam (elephant race).

Legend has it that this practice dates back to the times of the ancient Zamorin and the King of Cochin. What supposedly began as an issue among leaders has now transformed into a beloved tradition. These nearly 12,000 pound beauties race head to head to mark the beginning of the annual Guruvayur Festival, celebrated in the month of Kumbham (February-March). The winner gets to carry the Thidambu (the replica of the idol of Guruvayoorappan) on all special occasions for one year.