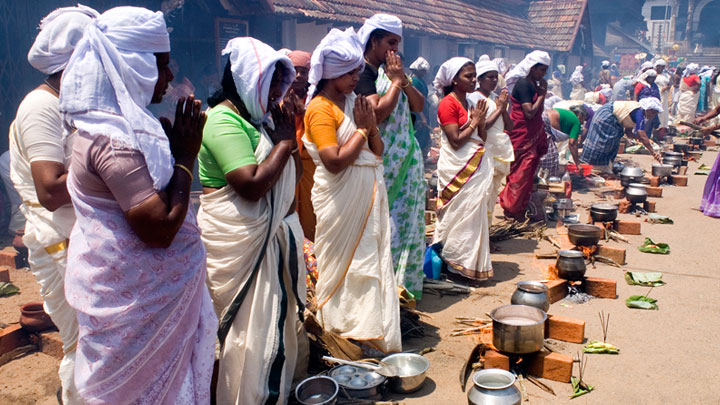 The Attukal Pongala held in Attukal Temple, Thiruvananthapuram is the largest congregation of women for a festival in the world. Pongala, which means 'to boil over’, is the ritual in which women prepare sweet payasam (a pudding made from rice, jaggery, coconut and plantains cooked together) and offer it to the Goddess or ‘Bhagavathy’. The ritual can only be performed by women and the streets of the city are known to be jam-packed with faithful devotees during the time of the festival. The Goddess-fondly referred to as ‘Attukalamma’ is said to be appeased by this ritual. The entire Thiruvananthapuram city lights up in festive fervour and the number of devotees has increased to the point that it has been recorded in the Guinness World Book of Records. It is an experience that is extremely unique and must be soaked in first-hand to understand its magnificence.