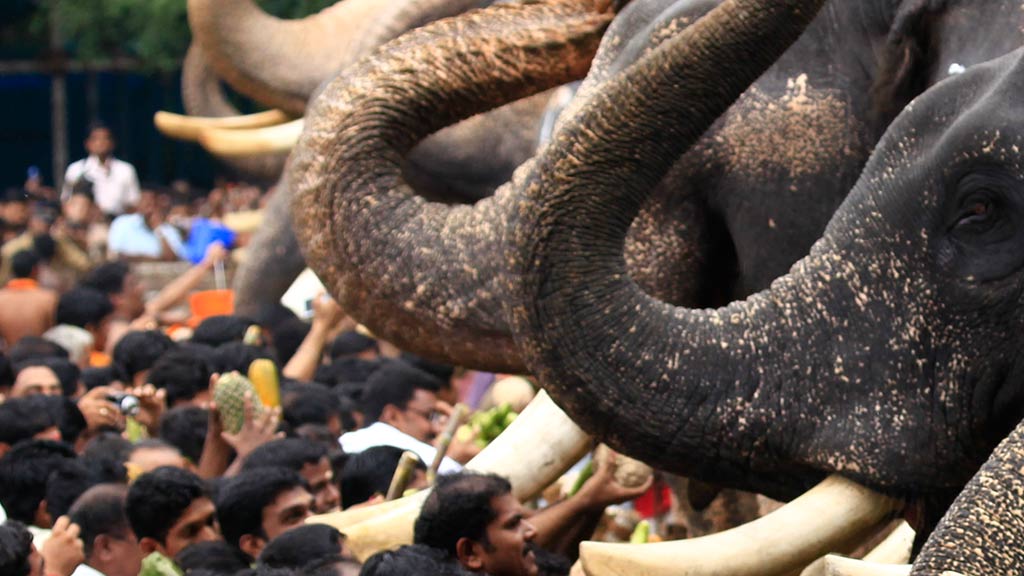 A grand ceremony wherein a special feast is prepared for the elephants, the Njangattiri Aanayoottu ritual is held in the Njangattiri Bhagavathi Temple at Pattambi in the Palakkad district. In the Aanayoottu (Aanayoottu meaning feeding of elephants) ceremony, the elephants are fed specially medicated food. The ceremony is based on the principles of Ayurveda which consider the Malayalam month of Karkkidakam as a month of rejuvenation. Accordingly, this Ayurvedic tradition of rejuvenation is extended towards Elephants as well.