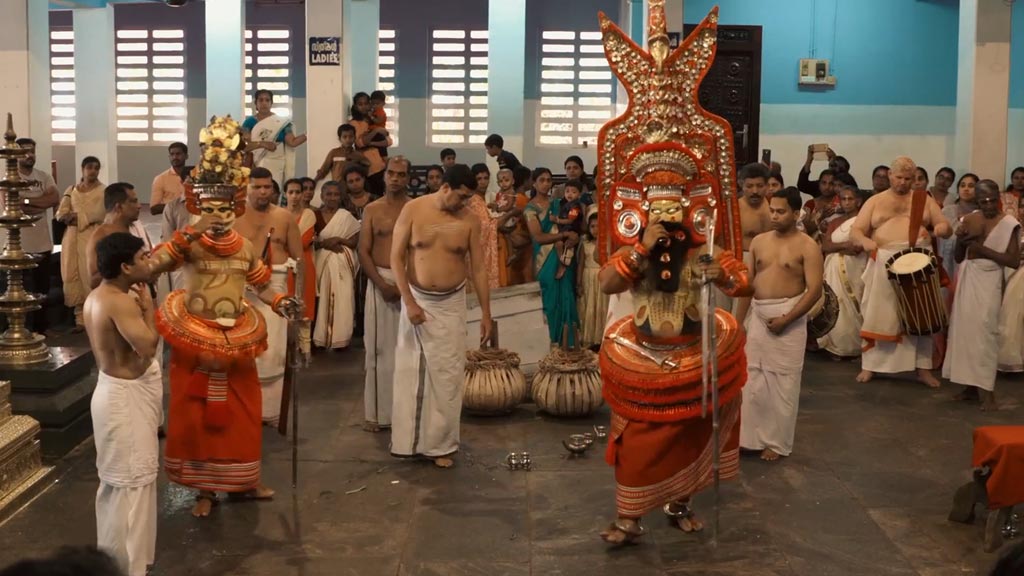 Have you ever been part of any temple festivals that have fish topping the list of offerings made to the deity? Then a visit to the Sri Muthappan Temple at Parassinikadavu would be a splendid and a novel experience for the sole fact that it has peculiarities of its own kind. Muthappan Thiruvappana (Puthari Thiruvappana) Festival as it is famously called, is held annually. Sri Muthappan is always accompanied by a dog and dogs are considered sacred here. When the Prasadam (offerings made to the deity) is ready it is first served to a dog that is always ready inside the temple complex.

Located on the banks of river Valapattanam, Parassinikadavu Sri Muthappan Temple stands apart also in the manner of the customs followed and in its unique architecture. Sri Muthappan, the principal deity here is a folk deity unlike in other popular temples in Kerala and here the Brahminical tradition of temple worship is not followed. It is believed that Sri Muthappan is a manifestation of the mythical figures 'Thiruvoppana' and 'Vellattam'. On arrival, one would be offered a number of legends regarding the deity's ancestry and birth.