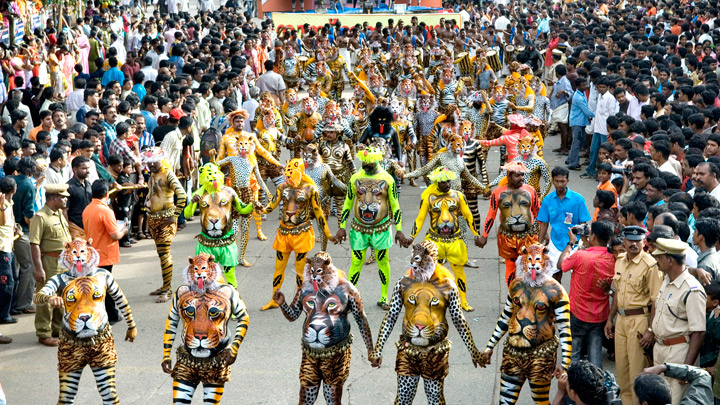 Pulikali (Tiger Dance) is one among the folk art forms of Kerala. On the fourth day of Onam festival, artists paint their bodies like tigers with stripes of yellow, red and black and dance to the rhythm of traditional percussion instruments such as thakil, udukku and chenda. The Swaraj Ground in Thrissur district plays host to this carnival that has people appearing in various unique hues and masks, with the locals and visitors alike joining in on the revelry.

The main theme of this folk art is tiger hunting with participants playing the role of tiger and hunter. The make-up for the same is applied using oil paints and is said to be extremely hard to remove. Regardless, every year during Onam, the streets of Thrissur attract people from across the State and the world to view this special event. 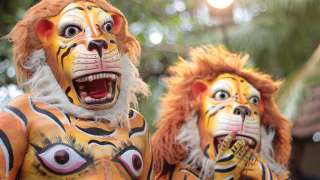