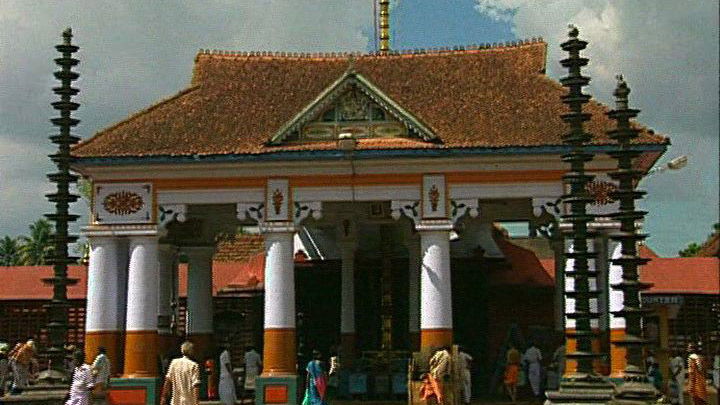 Vaikom Mahadeva temple, situated on the banks of the Vembanad Lake at Vaikom (Vaikkom), with its fascinating Kerala style temple architecture is a spectacle in itself. The temple is known as Dakshinakasi of the south. (Kasi is considered the holiest of Hindu pilgrim centres, which is in Varanasi, Uttar Pradesh). But come December the temple and its surroundings will be all the more gorgeous, for it is the time of Vaikathashtami - the twelve-day annual festival. The festival falls in the Malayalam month of Vrischikam, corresponding to the months of November / December.

Dance recitals, Kathakali performances, music concerts, pageantry… the festival will truly give a rich cultural fare for visitors of all age groups. The final day of the festival is marked by a grand procession in which the thidambu (replica of the presiding deity) would be carried on elephant back, joined by processions from nearby temples.