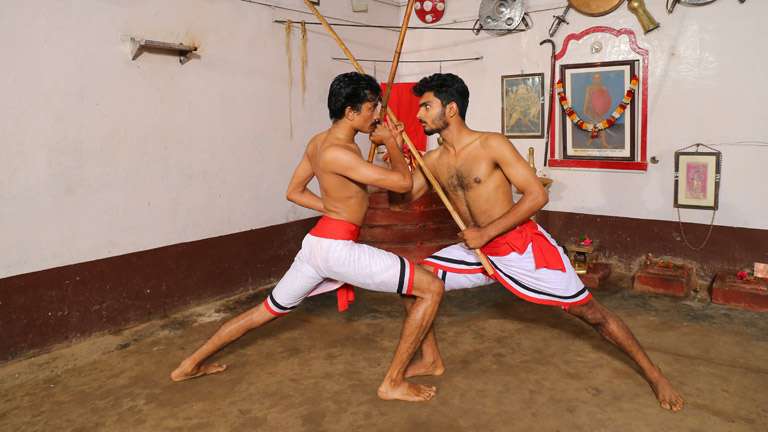 Kolthari features the use of various types of sticks – long, short, specially fabricated rounded and curved ones – and the student is taught to use them to attack as well as to defend. After completing the training in Kolthari, the student will be adept at using whatever stick he has in possession to resist all kinds of attacks, make counter-attacks and overpower enemies. 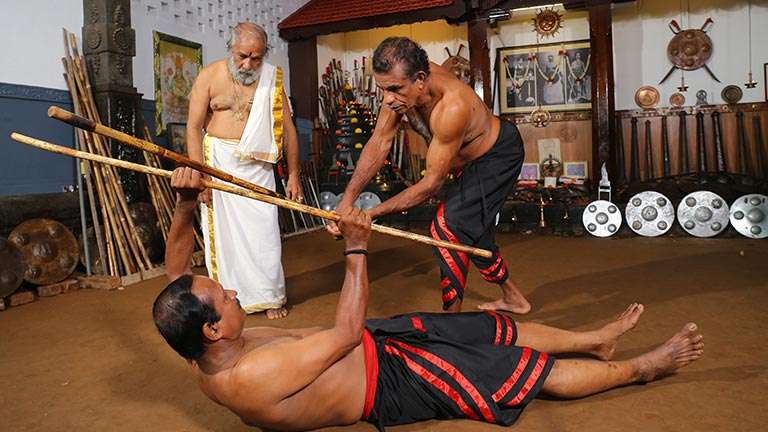 Initially, the student is made to wield the pandeeran, a stick that is five feet long (usually a cane or bamboo stick) and study all the modes of attack and defence possible with it (pandeeran veeshal), followed by the muchaanvadi (a short stick) through the course of muchaan payattu. Pandeeran veeshal comprises ten types of moves, each of which is taught separately. The training continues till all of them blend seamlessly and fluidly into a series. It teaches the student to use the stick to aim his attacks on the opponent’s head, cheeks, chin, ribs and legs. Muchaan payattu is done using a short stick that is thick at the base (called amaram) and slightly pointed at the end (called muna). It is easy to use and can inflict real damage to the head, cheeks, intestinal area, ribs and legs. 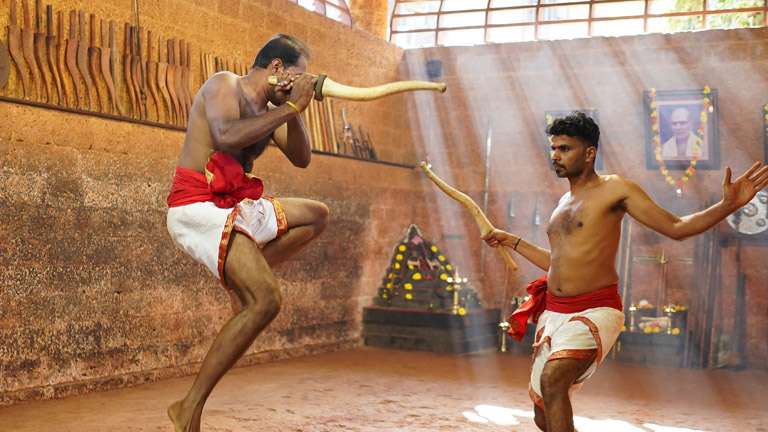 Ottappayattu is a higher variant of Kolthari that is very difficult to master. The student uses a specially chiselled, rounded and curved dagger-like wooden weapon called Otta. Ottappayattu training too is done by following the vaaythaari (oral instruction) of the gurukkal but it gives scope for improvisation. A skilled practitioner of Ottappayattu will adopt new and unconventional steps and adapt old styles of lunges and withdrawals to suit the occasion. Such out-of-the-box adavus are called Kalla kolukal, and the chuvadus are called Kalla chuvadukal. Needless to say, only one who has complete mastery over his body and has lightning reflexes, is ambidextrous and keen-sighted, and is very quick on his feet can execute Ottappayattu with any measure of success. As tamarind tree branches are known to have a curved structure, otta is fashioned out of them.  There is an interesting story behind the genesis of Ottappayattu. This form of Kalaripayattu is conceptualized as a fight between a bull elephant and a lion. According to Hindu mythology, once when Lord Shiva was roaming the forests in the guise of a hunter, he spotted the two animals locked in a tussle. He observed their tactics and later imparted all of them to Sage Narada. This knowledge was handed down to earthlings and passed from one generation to another through the masters. As per this version, the term “otta” derives its origin from the Malayalam word “ottayaan,” as the lone tusker is called.