Smooth, cool, red and black designed, the traditional Pulpaya or grass mats of Kerala is one of the oldest hand woven products of the State. These mats have even found mention in the Atharva Veda (3500 - 1500 BC), one of the four Vedas (philosophical treatises of ancient India). Used to sit on as well as to sleep on depending on their size and shape, these mats were at that time used mostly by the elite when ordinary people used wooden planks to sit.

Woven out of the Korappullu, (Cyperus corymbosus) a 91.5 to 152 cm tall species of grass belonging to the family of the Papyrus, these mats are designed in various colours. The Korappullu grows to its maximum height during August-September. The villagers collect them in bulk quantities, cut them into long thin strips and dry these for three days. These strips are then dyed by boiling the grass in water along with pieces of the bark of a tree called Chapangam (Caesalpinia sappan). Usually it takes an entire day for one weaver to weave a Pulpaya of 183 cm length and 91.5 cm width.

The Pulpaya is a cool seating material and is widely used in the State during the summer even today. Other articles like bags, table mats, wall hangings, etc. are also woven of this grass. An industry common in the Palakkad and Thrissur districts these mats and other articles have found a large international market. And they have been exported to Canada, Germany, the U.S., the U.K., Italy, New Zealand etc., for decades.

The Pulpaya has a market in the rest of India too, especially in Mumbai, Delhi, Chennai and Kolkata. 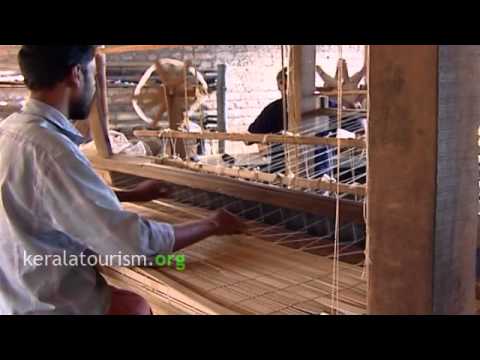