Guruvayoor Sree Krishna Swamy Temple is one of the most renowned pilgrim centres in South India. It is considered the holy abode of Lord Krishna and is situated in the cultural capital of Kerala, Thrissur. The temple is built in the traditional Kerala architectural style. One of the most popular offerings at Guruvayoor temple is Thulabharam, where devotees are weighed against bananas, sugar, jaggery and coconuts equivalent to their weight, on a giant pair of scales.

Structures like Nalambalam (temple structure surrounding sanctum sanctorum), Balikkal (sacrificial stone) and Deepastambam (Pillar of lights) are situated in the temple premises. The wall of the sanctum sanctorum is decked with ancient 17th-century murals.

Besides a 10-day festival in Feb -March, the temple has several other festivals – Guruvayoor Ekadashi, Vaishakam and Ashtami Rohini are some among them. Guruvayoor Aanayottam (elephant race) is another famous event that happens here. 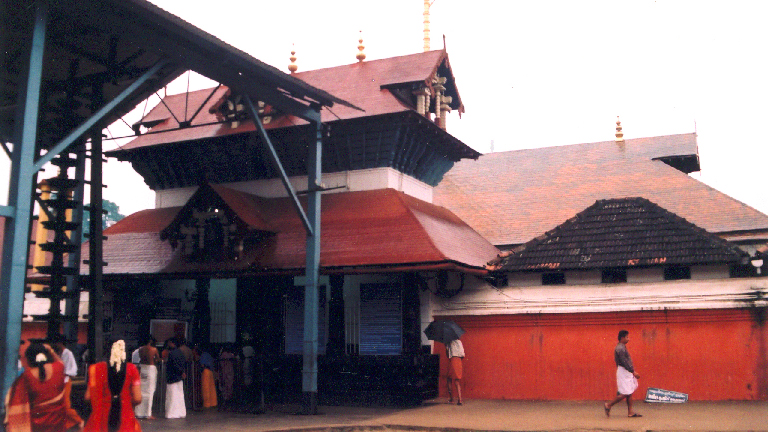