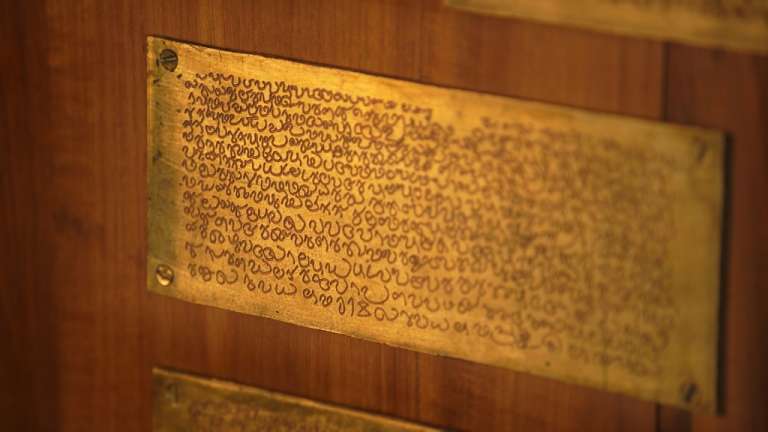 Hebrew is the language in which a large part of the Torah (sacred book of the Jews) and Hebrew Bible is written. It therefore comes as no surprise that Hebrew, a Canaanite language with origins dating back to more than 3000 years, is considered to be the Lashon Hakodesh or the Holy Language of the Jews. Despite suffering a decline sometime around 300 CE, the usage of Hebrew picked up in the 19th century. In the years that followed, a modernized version of the original Hebrew evolved and went on to become the official language of the State of Israel.

As with the rest of their community across the world, the Jews of Kerala also use Hebrew to conduct religious ceremonies. Several shops in Jew town and even the tombstones in Jewish cemeteries contain inscriptions in Hebrew. But for conducting their everyday transactions the nativized Jews developed a new dialect of Malayalam, the language of their adopted land, which came to be known as Judeo-Malayalam or Jewish Malayalam. The Jews of Kerala, especially women (even though in orthodox Jewish communities women are prohibited from singing in public), composed folk songs and prayers in this dialect and used to sing them during festivals or events marking rites of passage. It is spoken by only a few dozen Jews around the world today. Therefore, there are only limited studies conducted on this dialect. Interestingly though, the Cochin Jews settled in Israel are slowly reviving the tradition of singing the Judeo-Malayalam songs in a bid to preserve their rich cultural heritage.