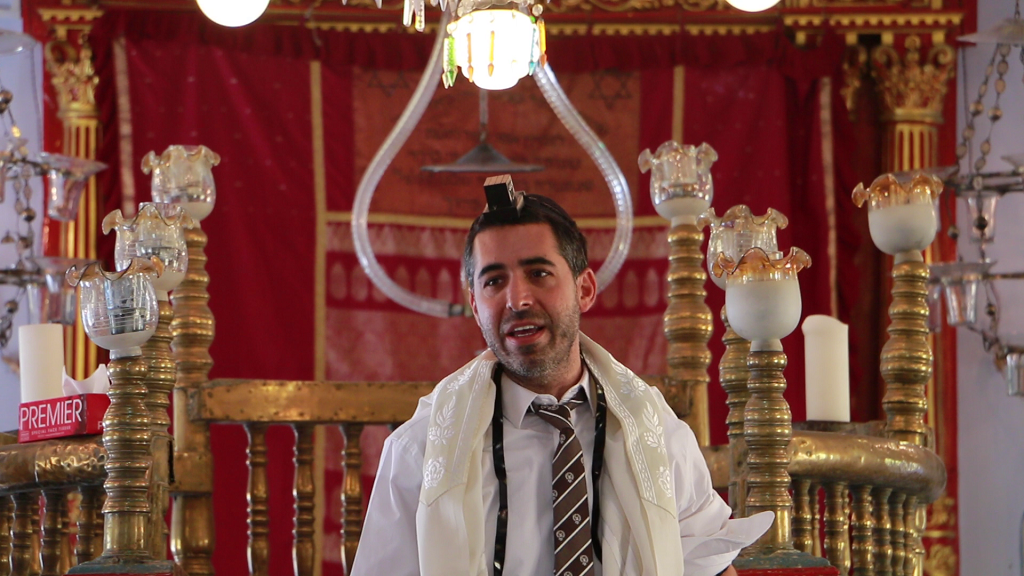 Jewish Priest, known as Cohen or Kohen in Hebrew, at Mattancherry (Paradesi) Synagogue in Ernakulam, Kerala. Jewish priest is said to be a descendant of Zadok, founder of the priesthood of Jerusalem when the First Temple was built by Solomon (10th century BC). It was through Zadok, Aaron - the first Jewish priest, was appointed to that office by his younger brother, Moses.