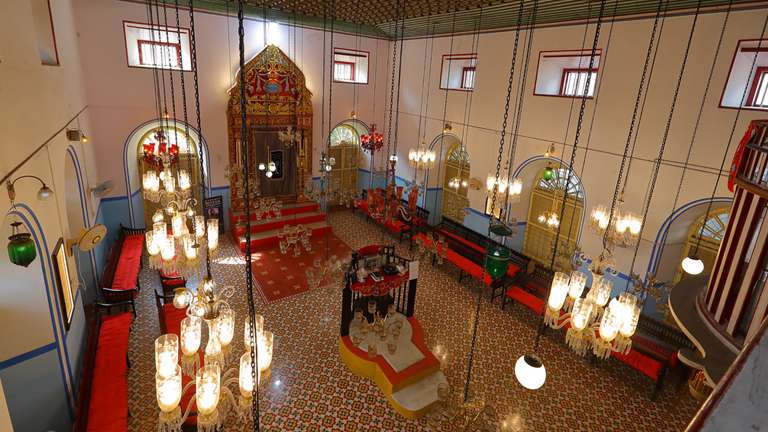 Though the customs they followed were almost the same, the two groups – “White” and “Black” – were not united.  They competed to claim the ancestor of the Jews of Kerala, Joseph Rabban, as their own, refused to mix with each other, built and prayed at different synagogues (Jewish places of worship), and fought over issues ranging from purity, ancestry, true lineage to Abrahamic roots and superiority on the one hand, and knowledge of the scriptures, practice of rituals, and familiarity with Hebrew (language of the Jews) on the other.  The situation became more complex with acute differences in financial power as well.