History of Jews in Cochin 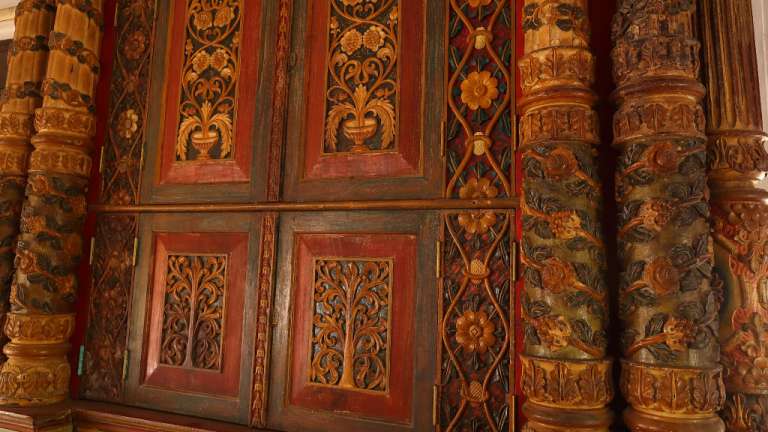 The first official record of a Jewish settlement in Kerala was a village called Anjuvannam. It was gifted by King Bhaskara Ravi Varma of Cranganore (the present-day Kodungallur) to the oldest ancestor of the Jews of Kerala, Joseph Rabban in 1000 CE.  In the years that followed, under the leadership of Joseph Rabban, the Jews prospered in the land and for many years since, Anjuvannam was known as the Jerusalem of the East. However, this was not to last. The Jews had to relocate yet again, this time to Cochin.

There are many stories about the event that triggered this large-scale relocation – mostly about in-fighting in the Jewish community.  But the reasons, as they would appear to the modern scholar, were far more complex.  Cranganore, home to the first Jews of Kerala, was a famed and prosperous port town located on the banks of the river Periyar which was the source of its wealth.  Tragically, it was this very same river that brought about a huge change of fortunes for them.  Historians state that the floods of 1341 changed the course of the Periyar, brought about heavy silting of the port region causing it to disappear altogether, created new land masses, and this eventually gave way to the ascension of Cochin as the most accessible port on the western side of the Malabar region of Kerala.  As the royal family shifted their headquarters, many Jews followed suit. This relocation might have been a pale version of an emigration that their early ancestors had undertaken during the Biblical times, but it was an exodus nonetheless.

To complicate things further, what started as a property dispute between two brothers (said to be descendants of Rabban) soon escalated into a power struggle between two fractions of the community. It eventually ended in fratricide and partial destruction of the Anjuvannam settlement. With this, the Jews of Anjuvannam lost the protection they enjoyed from the neighbouring princely states. It is said that a few Jews fled to Cochin after this incident.