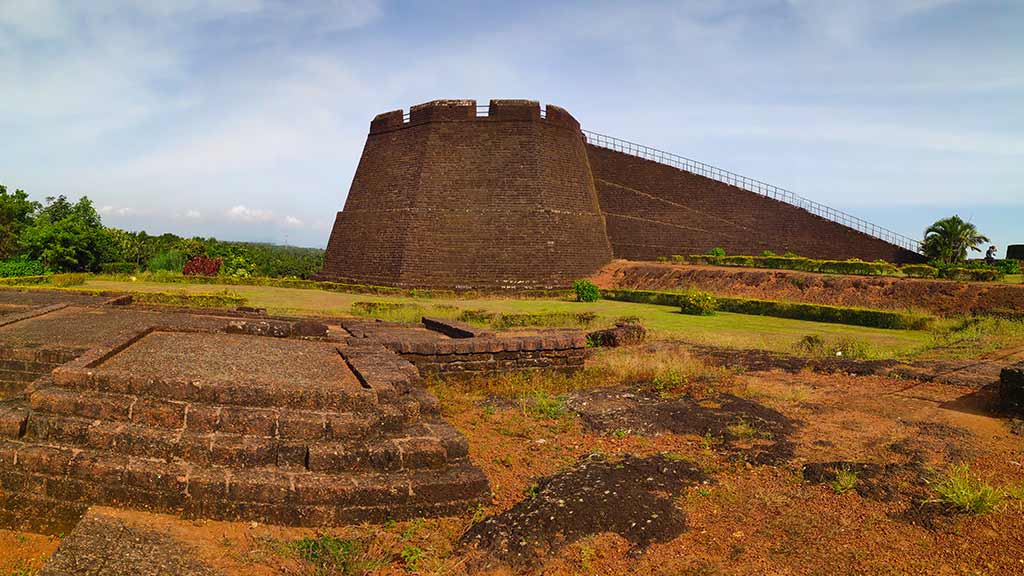 Bekal Fort is a historical structure built in the 17th century and has itself become part of an identity of the district. It is situated in Pallikara village of Kasaragod on a headland that spans up to 35 km.It is believed that the fort was originally constructed by rulers of the ancient Kadampa dynasty and the power changed hands over the years to Kolathiri Rajas, Hyder Ali, Tipu Sultan and finally to the British East India Company. The lofty, circular laterite structure of the fort that stands at a height of 130 feet is shaped like a giant keyhole. The walls around rise to 12 metres in height. The highlights include tall observation towers which presumably would have been occupied by gigantic cannons until a few centuries ago, a water tank with its flight of steps and a tunnel that opens towards the south. The architectural beauty of the fort also met the defence requirements of various rulers,which was the main reason for the fort’s existence. There are also some pilgrim attractions nearby like the Lord Hanuman temple and an old Mosque which is believed to be built by Tippu Sultan.The Bekal beach is only a kilometre away from the fort which offers an enticing view of the imposing fort. It has now become a favoured destination for weddings, ad shoots and filmmakers for its picturesque location. This is the largest and the best-preserved fort in the district and is now maintained by the Archaeological Department of Government of India.