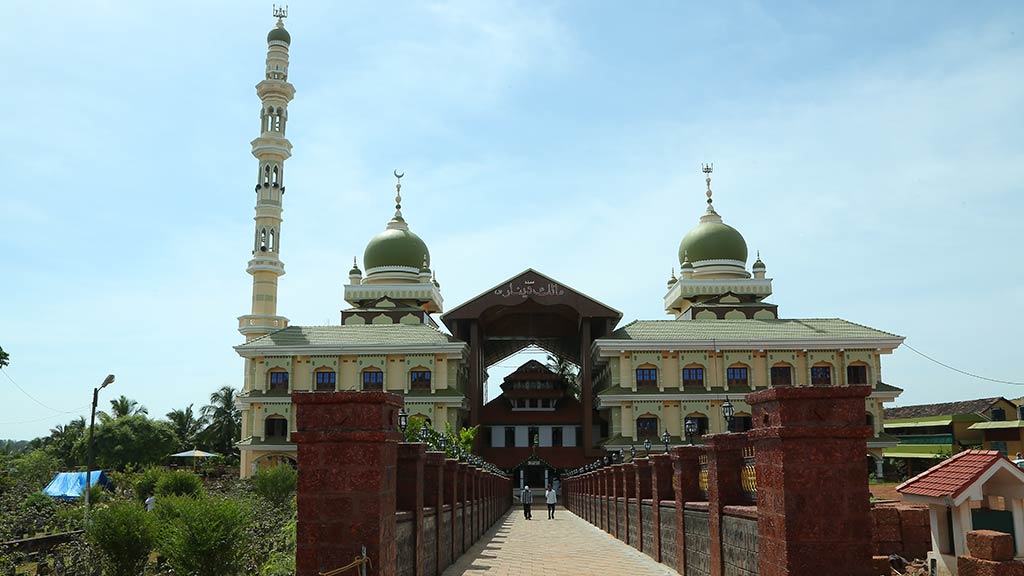 Malik Ibn Dinar Mosque, located at Thalankara, was built by Malik Ibn Dinar who was one among the first to bring Islam to India. Along with their trade, Malik Ibn Dinar and his associates also propagated Islam in Kerala which even fascinated the then ruler Cheraman Perumal, who is believed to have embraced the religion. One of the earliest mosques built in Kerala, the structure displays a typical Kerala architecture style, with intricate wooden carvings in Arabic etched on the massive beams and pillars. The details of the history of construction can also be interpreted from the latticed woodwork. The mosque has been extensively renovated over the years, which was initially a small structure with a thatched roof. There’s also a grave nearby which is supposed to be of a member of Dinar’s family, but some historians opine that the tomb is of Malik Ibn Dinar himself.The main celebration here is the Uroos festival that commemorates the arrival of Ibn Dinar in Kasaragod.