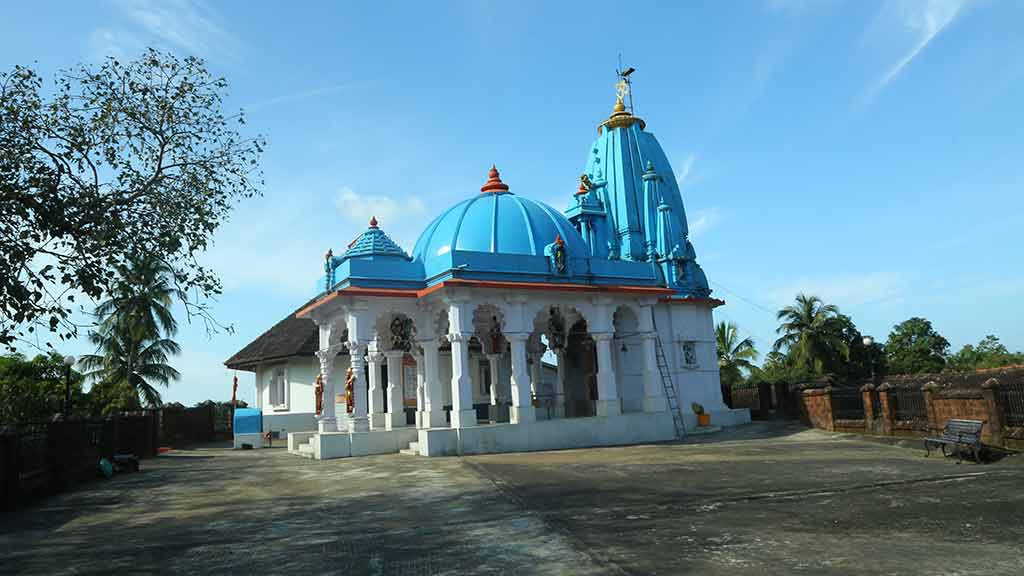 Kanhangad is a populous municipality and the commercial town in Kasaragod district. It is a coastal town bounded by the municipal town of Kasaragod in the North, Nileshwaram the cultural epicentre of the district to its south, the hilly town of Pannathur to its east and the Arabian Sea to its west. The significance of the town lies in its position as it is located at the junction between the two major cities of Mangalore and Kannur. The town is characterized by coconut palms, hills and streams flowing into the sea. The Arayi River passes through Kanhangad before it drains into River Neeleshwar. The tourist attractions here include Hosdurg fort, Sree Madiyan Koolam temple,Nityananda Ashram, Manjapothi hills, Gandhi smrithi mandapam and many more. The place is also known for the unique cultural art form of Theyyam and other folk art forms like Poorakkali,Maruthukali, etc. Kerala Lalithakala Akademi, the renowned art organisation in Kerala, is also located in Kanhangad.