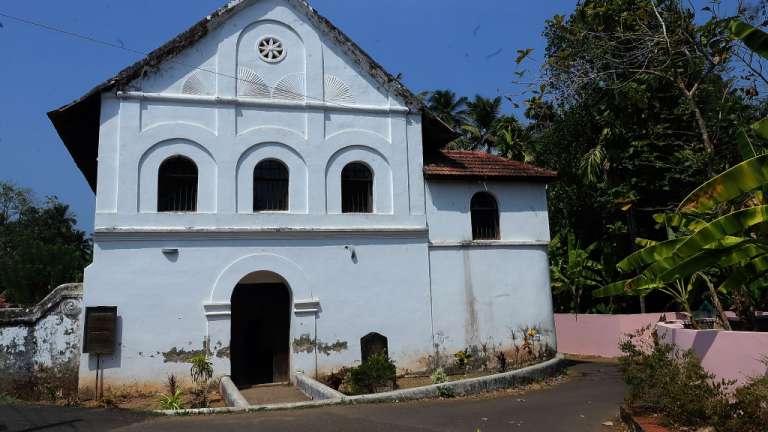 The Chendamangalam Synagogue (Chennamangalam Synagogue) is a Jewish place of worship located in the Ernakulam district of Kerala near the banks of the river Periyar. It was built and patronized by Malabari Jews (also called “Black” Jews), or Jews born of a union between the European Jews and the natives. The exact time of the construction of this synagogue is shrouded in mystery.  Some claim it was put up in 1166 CE.  The oldest surviving tombstone in the graveyard beside it, dated 1269, records in Hebrew that it is the final resting place of “Sarah, Daughter of Israel”. The synagogue is believed to have been rebuilt in 1614. Today, however, it is popular and attracts visitors as the “Kerala Jews Lifestyle Museum” and is supported jointly by the State Department of Archaeology and the Muziris Heritage Project.

The uniqueness of the Chendamangalam Synagogue lies more in its location than itself. It is situated in close proximity to a temple, a church and a mosque within a few hundred meters of each other.  It is said that every eight or nine years, the festivals of all four places of worship coincide, creating a spontaneous, totally unorchestrated, but harmonious mix of sounds from the temple conch, the church bell, the muezzin’s call and the shofar [Jewish horn].