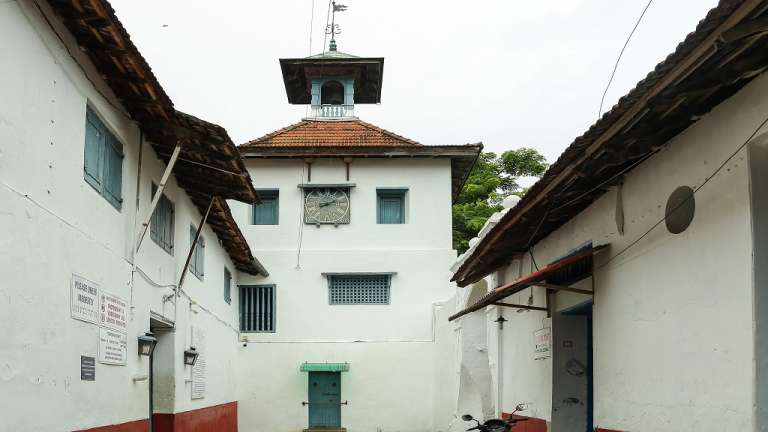 The Jews of Kerala built places of worship, or synagogues, in the areas where they settled. Synagogues were traditionally designed as small structures. The interiors of all the synagogues were designed in such a way that as the worshippers looked towards the Ark and prayed, they faced Jerusalem. Therefore all synagogues in Kerala were oriented towards the north-west.

While each of these sacred buildings was built in Kerala in tune with the local style of architecture that made it merge with the local landscape, the interior proclaimed its distinctive otherness.  For instance, the intricately carved flower motifs in high relief on the wooden ceilings (Poo Machchu) of these buildings were very much an indigenous component. But they cleverly accommodated an important symbol in Judaism, the Star of David, too. The Star of David is known by other names – Magen David (Hebrew for “The Shield of David”) and the Star of Redemption – each of which means “God”.  This six-pointed star made up of two interwoven equilateral triangles contains deep symbolism. Therefore, it is sacrosanct reminder to the worshippers in a synagogue of their connection with the Creator.

The synagogues in Kerala are constructed such that, while the men sat in the sanctuary around the Bimah (an elevated platform or pulpit for the reading of the Torah) used for daily prayers, the women’s section or gallery was a separate space, housed in the first floor of the building. The women’s section had its own Bimah in the front which was separated by a grille and this was generally used only on special occasions like Sabbath (the Day of Rest for Jews observed from Friday evening to Saturday evening) or holidays. Wooden benches for the devotees to sit on were placed around the Bimah on the ground floor and also lined up against the walls. The floors were generally covered with carpets. 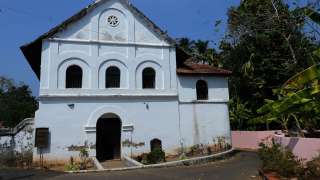 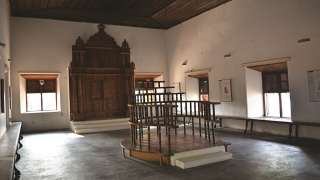