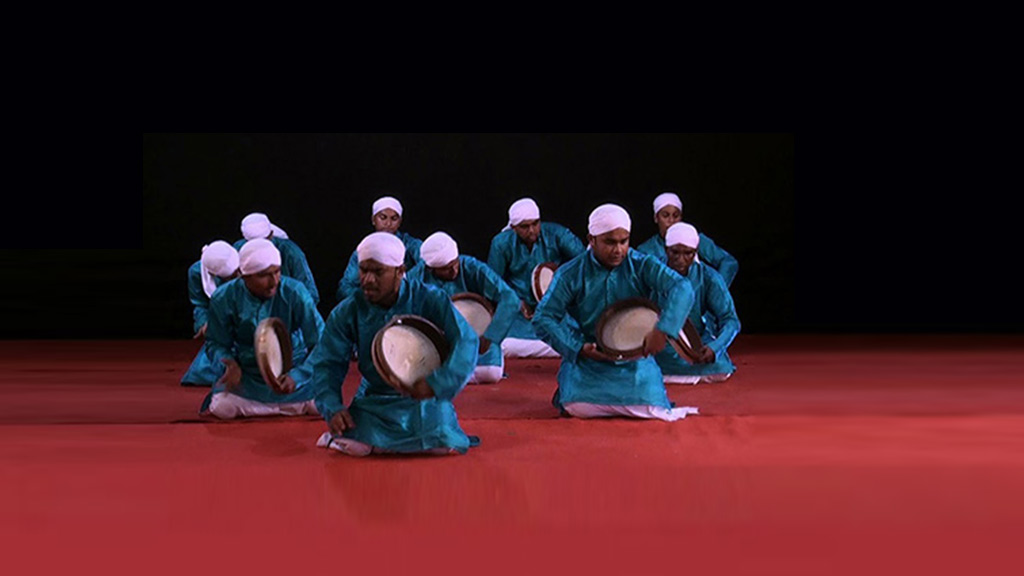 Arabanamuttu or Aravanamuttu is a popular art form prevalent in Kasaragod, which is very similar to Duff Muttu. The difference between these two lies in the size of the instrument used. The drums used in Aravanamuttu are smaller and wider and is a single-sided flat drum made of animal skin and wood, which is named Arabana. The songs sung are usually a tribute to the martyrs or heroes.It is usually performed to welcome dignitaries and is considered a bit more complex than Duffmuttu. Like Duffmuttu, Arabanamuttu also has a lead singer who begins with a song which is followed up with a chorus by the other singers. The performers can be seen swirling and tossing their drums at the same time keeping up with the rhythm of the song without losing a beat.