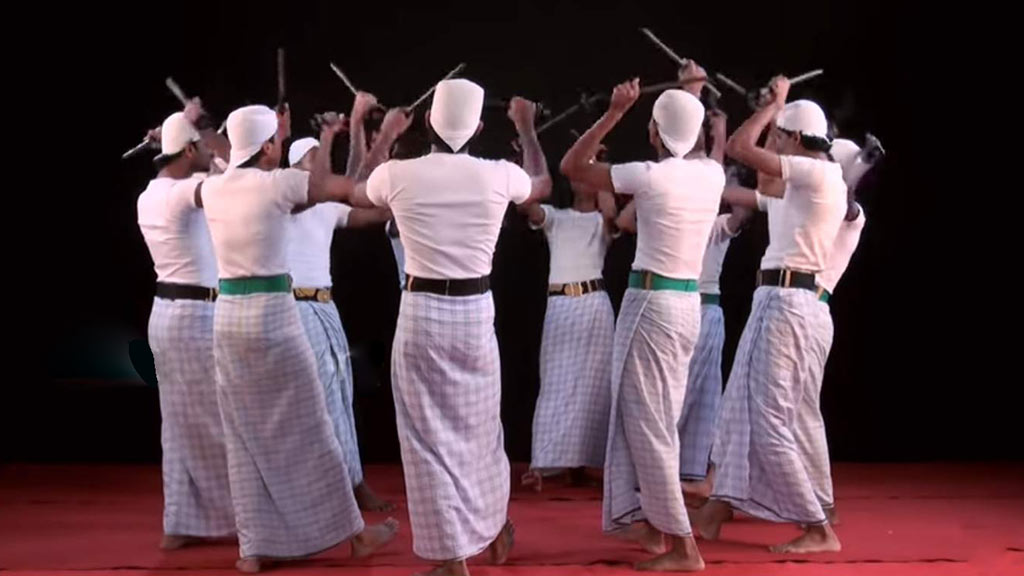 Kolkali is a folk art form popular in the North Malabar region of Kerala. Kolkali has elements drawn from Kalaripayattu and has a history of about 200 years. There are principally two types of Kolkali which are the actual Kolkali and Thekkan Koladi. The former has further subdivisions namely Thacholi kali, Rajasooyam etc and is currently not performed much. Thekkan Koladi is comparatively more actively performed especially in State Kalolsavams, the school arts festival in Kerala. Every performer holds a stick and moves in a circle, striking the stick in accordance to the music. The circle expands and contracts as the performance advances and the music simultaneously rises in pitch to which the performers keep their vigorous pace. This art form is widespread among the Dravidians and is referred to by different names among the southern states. In Tamil Nadu, it is called Kolattam and in Andhra Pradesh, it is referred to as Kolamu.