To some, it is the practice of exercises called asanas (bodily postures), to improve body flexibility and strengthen their muscles. For some others, it is a way of relieving mental stress through the performance of body postures.  It is true that yoga asanas help to make spine supple and tone up muscles and can bring relief to many physical ailments and relax the body and mind. But yoga is all these and much more.

Yoga is a holistic practice, known to alleviate all worldly angst. It is often the best way to attain a sense of tranquility. It is widely accepted that the practice of yoga originated in India. The word "yoga" itself takes its origin from Sanskrit, the Vedic language. It is derived from the Sanskrit word "yuj". "Yuj" can be roughly translated to mean "union". In the ideal sense, yoga is meant to be a union of the individual consciousness with a higher or supreme consciousness. The essence of yoga, as it was classically understood, is spiritual awakening.

The discipline of yoga is a combination of asanas or bodily postures, breathing techniques, cleansing techniques, and meditation. This is a result of the yogic belief that the body is a vehicle of the spirit. Modern forms of yoga focus on asanas and their physical benefits, including flexibility and strength. 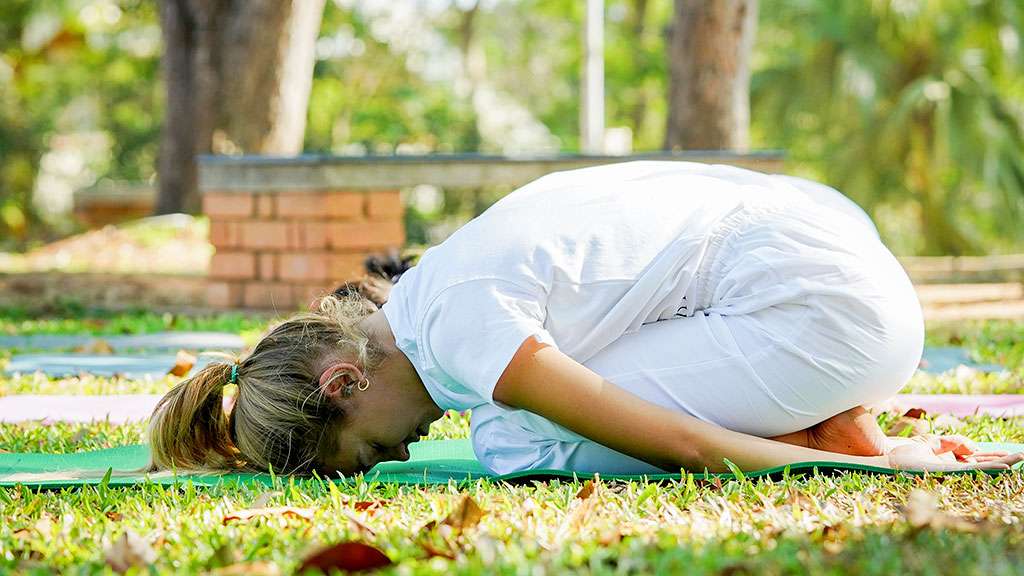 Yoga is a popular practice in Kerala, with numerous centres that teach the discipline. This southern state of India has embraced yoga with the same fervour as it has accepted many other traditional customs, artforms and lifestyles. In the recent times, yoga has gained much popularity in different parts of the world. Its numerous physical and mental benefits have been widely recognised. However, in many Western countries, yoga is seen as a mere form of physical exercise. Tourists visiting Kerala flock to the yoga centres. Here, they find opportunities to engage with and learn from expert practitioners. More importantly, in many places in Kerala, one can still experience yoga in the classical sense – where the emphasis is laid not just on physical wellbeing but on spiritual awakening also. Yoga is also often combined with Ayurveda, a traditional system of medicine. Together, they provide a unique experience of complete cleansing of physical illnesses as well as mental turmoil. At the same time, most yoga centres are mindful of modern forms of yoga that are popular around the world. These forms lay emphasis on “asanas” or bodily postures that are known to strengthen the spine and render it flexible. Yoga centres in Kerala also teach these asanas to enthusiastic tourists. The Indian concept of yoga has a long history that dates back to the Vedic period. It had been adopted by Buddhism and Jainism also. Today, yoga is commonly understood as a secular physical discipline. While most forms of exercise aim to increase heart rate and activity levels in general, yoga focuses on maintaining equilibrium. This has made the practice accessible to large numbers of people who already lead strenuous lifestyles. The popularity of yoga as a type of physical exercise has also been bolstered by the use of the discipline to treat physical illnesses.