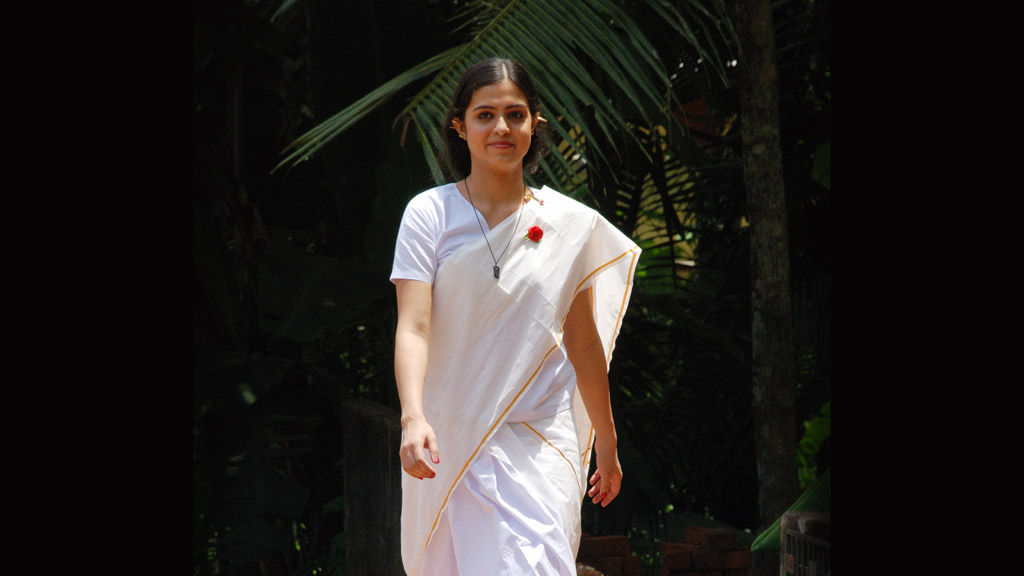 Women in the 19th century wore a dress called panichatta with embroidery round the neck and on both sleeves. They also wore Kavani and pleated Pudava, and carried a cloth bag, for keeping money which was known in local parlance as Madiseela (Collins, Mrs. Richard, Khathaka Vadham).

The way of dressing:
Influence of the Portuguese was evident in the way of dressing. Pants came into vogue instead of dhothi. Women started wearing ornaments made of the gold coins brought by the Portuguese. Even priests used to wear dhothi and a shawl. The Portuguese who reached here wearing footwear, pants, kamiz etc. brought major changes in the attire of Keralites. Skirt, blouse, shirt, and pants are all dresses that came here from abroad.  Foreign missionaries popularised sewing machines in Kerala. Stitching centres were set up in Kochi.

The attire of Christian women during the early 20th century
During the 1950s Chatta and Mundu and Mekka Mothiram were in vogue, but it did not have any embroidery. Women used to wear dhothi with pleats. Dhothi with border woven at Chendamangalam and Kunnamkulam was popular in Northern Kerala. Chatta had long sleeves. Girls wore a different frock. Skirt and blouse and shawl became popular later. The Pavu Mundu that was worn in Southern Travancore had embroidery for special occasions. During the 1970s Christian women started wearing the saree. New generation has started wearing churidar that reached here from North India. But for brides, it has become difficult to identify Christian women from their attire. Syrian Christian men used to wear dhothi and footwear and tie a cloth shawl on their head. They also used to wear a dagger on their person (Collins, Mrs. Richard, Khathaka Vadham).

During the first part of 20th century, men did not wear Mel mundu. Shirt became popular in 1930. The educated started wearing the coat like the Englishmen, but not pants. Men and women started using footwear since the past 50 years. Priests used to wear footwear made of tyre. Pictures show men wearing Mel Mundu, a shawl, instead of a shirt. Half-sleeve shirts were very popular made of white mill cloth. Boys used to wear shorts. Only the rich wore shirts. Now there is no system of wearing a shawl over the shirt, but some among the elderly still have it.