Portuguese influence:
Integrated farming practices and plantation crops were popularised in Kerala by the missionaries. Farming was one of the main engagements at the ashrams of foreign missionaries. It was a Jesuit priest who wrote about coconut farming in the book Arte Palmarica. The foreign missionaries brought fruits and plants from South America, Africa and South-East Asia and planted them in Kerala and Goa. The list of different varieties of mangoes popularised by Jesuits in Goa is really interesting. Malcorada or Mal Goa, Fernandinha, Bispo, Costa, Dourado, and Alfonso are still popular in Goa (Costa, Fr. Cosme Jose by The heritage of Govapuri). The mango varieties were named after Portuguese Governors and Captains.  For example, the famous Alfonso mango is named after Alfonso Albuquerque. The mango varieties that were imported from Brazil by ship could still be seen in Goa and Kerala. Chavara Kuriakose Elias took up this mission. Orchards were developed in the four seminaries he set up on top of hills.  While staying at Kunammavu, he used to distribute mango saplings and also issue letters to sisters of various convents, giving instructions for planting them. Salagramam was one variety developed by Chavara Kuriakose Elias. Prior, still very popular in Kerala, is another variety developed by him when he was the Prior at Kunammavu. Kesar might be another variety, brought by Carmelite missionaries from Goa and presented to Father Chavara. This is not good either for making pickle or curries. The Komango (Ko manga) that is popular in Kerala is actually Goa Mango. This is found only in the Northern Travancore.

Cashew tree first reached Kerala from Goa. Jesuits are believed to have brought its seeds from Brazil, sowed it in the valleys of Goa’s hills and then brought it to Kerala. Portuguese missionaries have a role in popularising Caju Fenny in Goa. Fenny is made by distilling cashew fruit. Foreign missionaries also developed the export of cashew nut, copra, coconut oil, mango, pickle, sweets etc. Living conditions improved considerably under the Portuguese. It was the Portuguese, also known as Parangis, who popularised the chillies known as Parangi mulaku or Kappal mulaku or Kollam mulaku, so called as it was brought by Parangis in ships to Kollam. Pineapple, guava, and papaya are some of the other fruits popularised by the missionaries.

The Portuguese concentrated their attention on markets and started production and trading. They made shoes and bakery items like bread and sold it through shops. The missionaries introduced the technique of making bricks. Anjili wood, which is used for construction, was brought from Brazil and popularized by the Portuguese. Hence it is also known as Brazil tree. The shade tree, known in local parlance as Urakkam Thoongi, reached here from Brazil (Pulickan, Jacob, Bharatha Sabha Charithram). Coffee and tapioca have their origin in Brazil. Tapioca was cultivated extensively to address food scarcity. Vellayappam and Vattayappam, prepared by fermenting mild toddy or yeast, Noolappam, Palappam, Neyyappam, Karayappam, Achappam, Kuzhalappam, Avilose and Avilose Unda are all foreign delicacies.  These are popular among the Christians in Kerala. The influence of Portuguese cuisine is evident in our tastes and recipes and it came through the seminaries.

Nercha Sadya reminds one of the traditional Christian agape. This was a system of serving food for the devotees attending church festivals from far-flung places. Community feasting was very popular among Latin Catholics.

It was the Portuguese who popularised the mill for extracting oil from the coconut. Cox Memorial Industries in Kochi, that was closed recently, was focussed on the manufacture of such mills. They made iron mills. The Portuguese made coir mats and also looms. It was the Carmelites who introduced the making of the rosary and Venthinga at the convents in Kunammavu.

The Portuguese popularised coir spinning machines (Raat).  The British, who succeeded the Portuguese, started plantations, of rubber, tea, coffee, cardamom, cashew, and coconut. The Syrian Christians joined hands with the foreigners for cultivating cash crops. The innovations made by foreign missionaries in fishing brought them closer to the Latin community. The Jesuit missionaries converted the fishermen community who lived between Kochi and Kanyakumari, to Christianity. Francis Xavier, Roberto de Nobili, and John V. Britto, worked among them.

The Copper Plates, that the Christian community got, shed light on their social and political status during the middle ages. On examining the rights and positions mentioned in the Theresa Pally Shasanams, one would be able to understand the way of life of those days.  Christians chose trade as their main vocation. With those in power realising that agriculture and trade are the main factors that lead to the nation’s progress, Christians got a place of pride in the society. On examining the 72 privileges Christians got in Shasanams, one would understand their social standing. 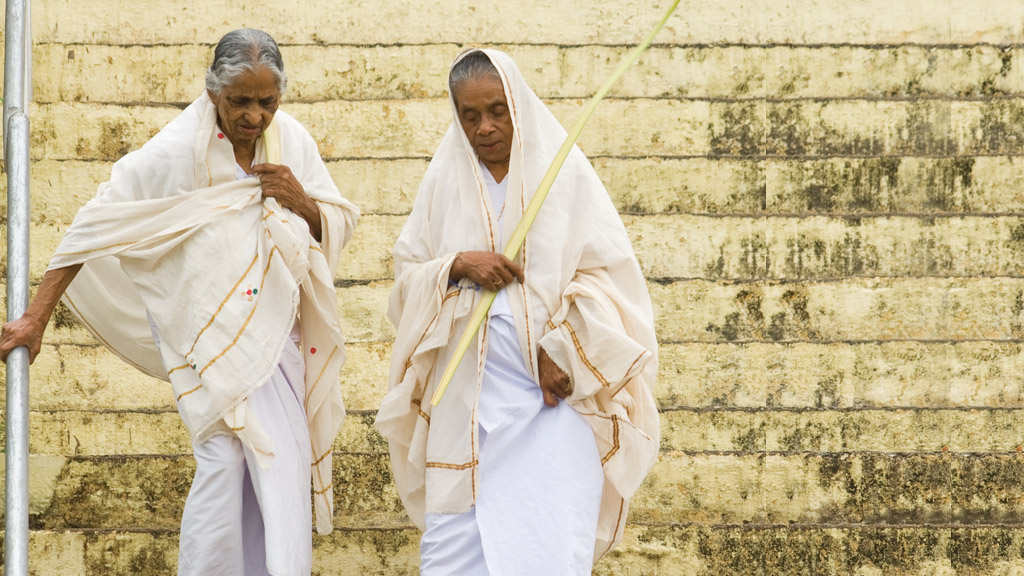 Kal chilambu, Thol vala, Nettur Petti, silk dhoti, Pani Pudava, Pavada, Veena, Alavattom, Uchi poovu, Kacha, Kanaka mudi, Kaithala, Nediyakuda, Panchavarna kuda, Pattu chatta, Patturumal, Pathakam, Mudikidayabharanam, Munkayyil pathakam, Methiyadi, Veerashrinkala, and Hastakhadakam, were ornaments and decorations, indicating their privileged position as a rich community.  The positions were given to a trading community through the Copper Plates. The rights were first given to a prominent Jewish citizen, Joseph Ramban, by Bhaskara Varman I, at Mahodayapuram, in CE 1000.  M. O. Joseph in his book, Kerala Christians, has described the 72 privileges. Flagmast, flag hoisting, Kathina vedi, Alavattom, Chenda, Muthukuda, and Thazhakuda which were the prerogatives of the privileged, were in due course enjoyed by the Christians.  Muthukuda was used for wedding celebrations.