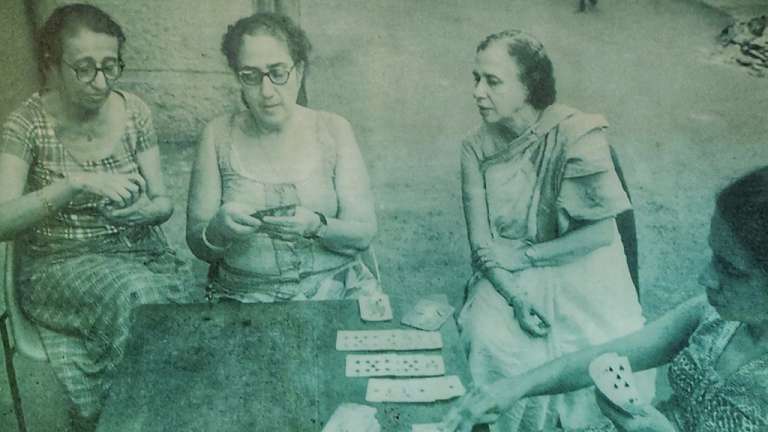 File photo of life of Jews in Kerala

Like the Jews in Israel, the US, Canada, Europe, Latin America, Africa, Australia and other parts of Asia, the Jews of Kerala, in their halcyon days, initiated and participated in all the important religious festivals and observances, customizing them when the need arose and adopting some of the customs from other religions too, all within the framework laid out by their scriptures. This beautiful amalgamation of cultures has often led to the evolution of certain customs among that are unique to the Jews of Kerala, distinguishing them from their counterparts in the rest of the world. For instance, the Rabbi of a Jewish congregation is generally considered as its spiritual leader. But in the absence of Rabbis among Cochin Jews, this position is occupied by the elder male members of the community. Also, women belonging to orthodox Jewish communities are prohibited from singing in public, especially when men are present. However, the women of the Cochin Jew diaspora have a long-standing tradition of singing devotional folk songs, hymns and prayers, often composed in the dialect of Judeo-Malayalam. Women were also educated in Hebrew, recited Hebrew prayers along with men and read the Torah.

In a custom similar to that practiced by the Hindus, Cochin Jews always remove their footwear before entering synagogues. They are also known to wear brightly coloured clothes for festive occasions and celebrate Hanukkah in a way similar to Diwali, the Hindu Festival of Lights.

At the same time, the Kerala society also respected the customs of the Jewish community since the times they settled in the state. A prime example of this is when as early as in 1550 the King of Cochin refused to launch an attack on enemy forces on a Saturday because his Jewish warriors were observing Sabbath (the Day of Rest for Jews observed from Friday evening to Saturday evening). Even for university examinations that were scheduled on Sabbath day, Jewish students were allowed to wait till Saturday sundown to take their examination.