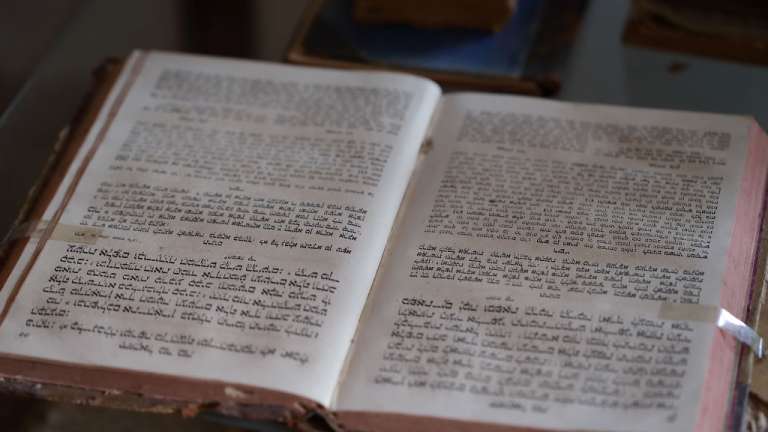 From the age of five, boys are given lesson in Talmud, the  cornerstone of Jewish law and theology.  By thirteen, with the onset of puberty, he is considered an independent individual responsible enough to be held accountable for his own actions.  He is Bar Mitzvah, son of the commandment.  Cochin Jews call this coming-of-age ceremony Bar Miniyan as the boy is old enough to be counted as a member forming the quorum for a Minyan. Originally, there were no rituals to announce his admission into such a position of religious responsibility and studies.  But it is now customary to hold a coming-of-age ceremony in the synagogue.  The Jews of Kerala used to conduct this dutifully.