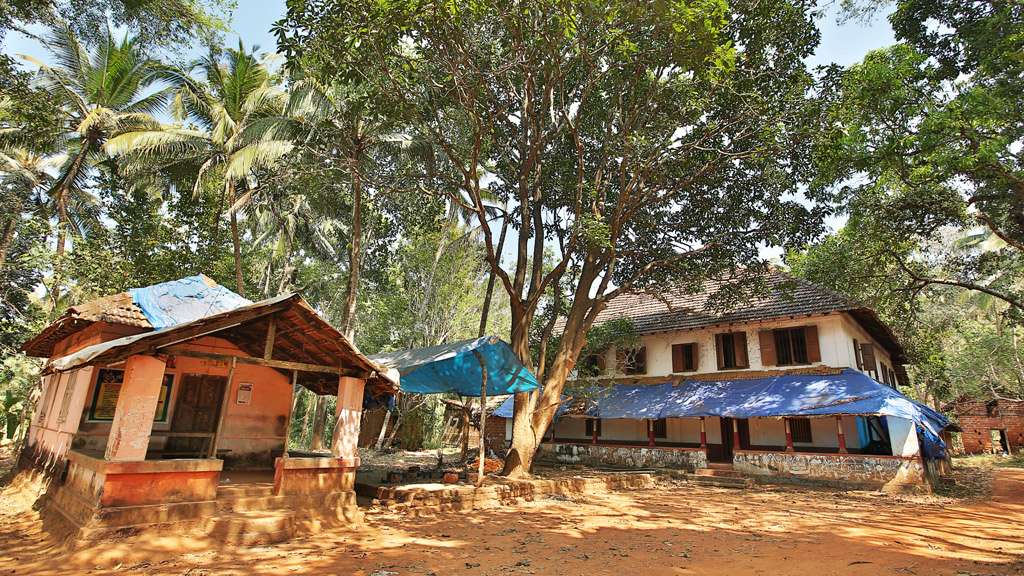 Pazhassi Kovilakam or the Pazhassi Palace at Mattannur in Kannur district, also called Kottayam Padinjare Kovilakam was constructed in 1903 CE, using funds from the British government as well as that of the Pazhassi royal family. This palace was originally a spacious ettukettu [two-quadrangled] construction, but later some parts were demolished and the building was reduced to a nalukettu [single-quadrangled structure].  Nonetheless, the traditional Kerala style architecture was left intact. Though the century-old palace is in a dilapidated condition now, it treasures many artefacts which are of importance to archaeology and history buffs.