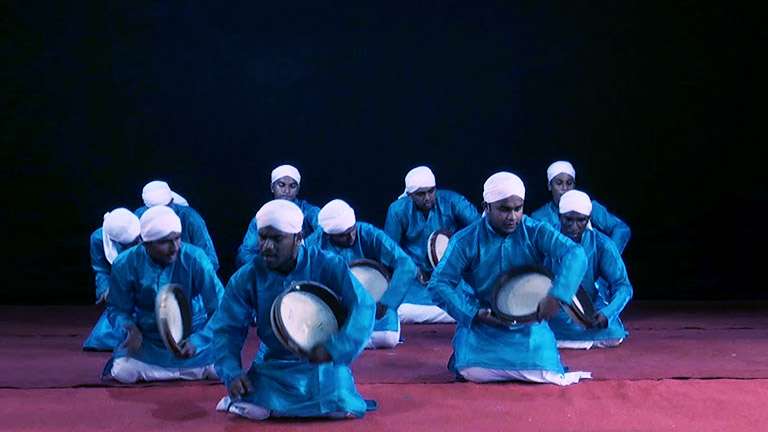 Aravanamuttu or Arabanamuttu is a dance form performed in a group, and is prevalent among Muslims in the North Malabar region of Kerala. It is named after a hand-held, single-sided flat drum called Arabana, which has its origins in Arabia.

Similar to the Duff muttu, another art form prevalent in the region, Aravanamuttu marks its difference in the size of the instrument used. The drums used in Aravanamuttu are smaller and wider. The dance is considered a bit more complicated.

Aravanamuttu is usually performed to welcome dignitaries. The leader begins the performance with a song, which is followed by the group with the rhythmic beating on the Aravana. The songs are often a tribute to martyrs and heroes.

It is a riveting sight to watch the dancers, clad in traditional Muslim attire, toss the drums over their heads and swirl from time to time, while maintaining the rhythm and without losing a single beat.