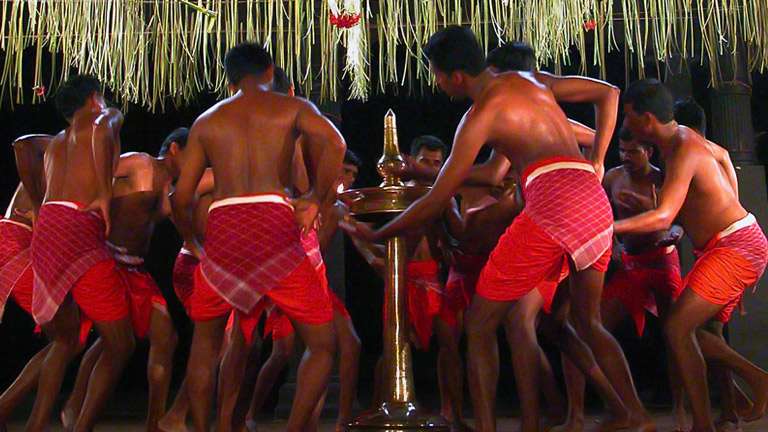 Poorakkali is a prominent folk dance ritual prevalent in the North Malabar region of Kerala. It is performed by men in Bhagavathy temples as a ritual offering during the Malayalam month of Meenam (March-April). Poorakkali which has 18 different forms requires experienced dancers, specially trained in all the techniques and feats of Kalaripayattu (a martial art that originated in and is practised in Kerala).

The traditional lamp is lit and placed at the centre, and the performers dance around it in 18 different stages, each phase being called a 'niram'.

There are no other singers or orchestra accompanying the performance. The dancers themselves sing and dance according to the rhythm. The songs are based on stories from epics like the Ramayana and the Mahabharata.

The leader of the group, known by the name Panicker, sings the song, and the lines are repeated in chorus by the other dancers. Certain rituals are performed before the dance starts.