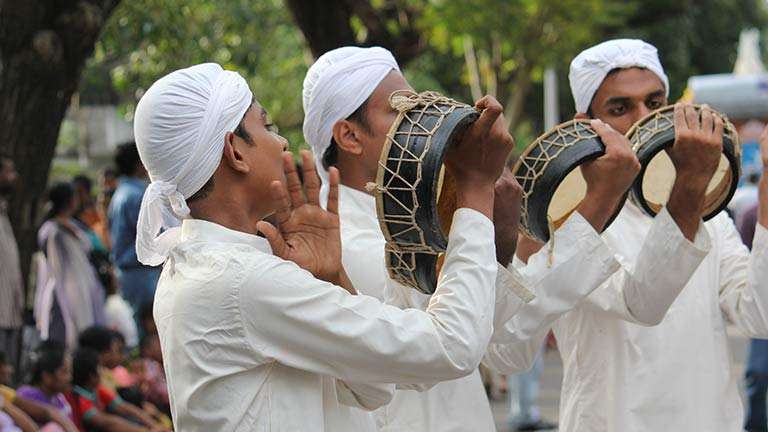 Duffmuttu is an art form performed in a group by Muslims of the Malabar region in Kerala. The name comes from 'Duffu', also known as 'Thappitta', a shallow, round percussion instrument made of wood or animal skin, which is used in the performance. One member of the group sings the lead with the other performers forming the chorus, as they simultaneously beat on the duffu and move in circles according to the rhythm of the song.

The performers may be six or more in number. They sit or stand facing each other holding the 'duffu' in one hand, and dance synchronously, with incredible suppleness of body. There is a swift switching of the 'duffu' between the hands of the performers, and the steps might never look complete as they flow through their swaying bodies without any interruption. The sweeping flow of the body and the instrument makes it appear that the mind and the body of the dancers are completely in sync with the pulse of the song. The rhythmic beat on the 'duffu' controls the tempo and the movements of the dancers. The songs are often in the form of tributes to martyrs and saints.