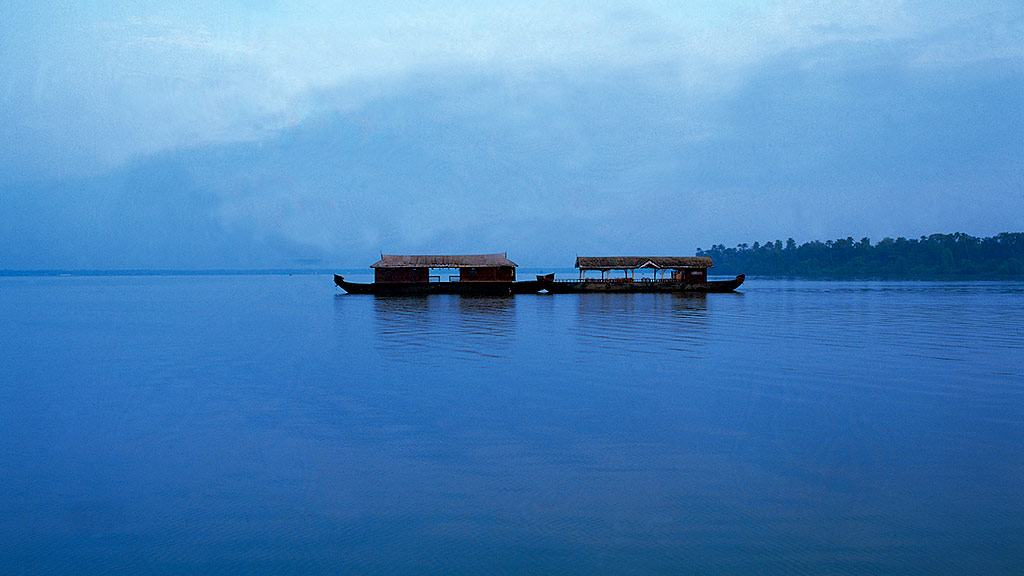 Backwaters of Kerala offer an endearing, once-in-a-lifetime destination, for those who want to be part of something pristine. Kerala is a land with a unique topography. It is a small strip of tropical green flanked by the Western Ghats on one side and the Arabian Sea on the other.

Though a small geographical entity of India, Kerala is blessed with several water bodies. As the myth goes, it is a land created from the sea. Once upon a time, there was a network of waterways that crisscrossed the State. Once, water was the main means of transport for the people of this land. And slowly, the banks of rivers and backwaters emerged into active areas of human settlement.

Backwaters are water bodies enjoying either a permanent or temporary bond with the sea. They have less salt content than the sea water because water from the surrounding land flows into them and brings down the salinity. There are about 34 backwater stretches lying close to the shores of Kerala.

The banks of these backwaters ripple with the pleasant joys of village folk. Kuttanad is one of the most resplendent wonders of South Kerala.  It is one of the few lands where farming is done below the sea level. Paddy fields stretching on endlessly and activities that form part of an agrarian life are spectacles that greet one in Kuttanad.

In an incredibly minimal amount of time, the newspapers reach the far corners of the land often after having traversed kilometers on waterways and small canals. In the backwaters and inland waterways boats and ferries are still used for transportation of both goods and people. The houses dotting the shores of these backwaters are supplied with provision peddlers on small boats.  Little truants practice their skill and games on these waters which are like second homes to them.

Like its shoreline, the inland waterways and backwaters are a haven for a sizeable presence of fish. Fishing here is an extremely simple fare involving just one or two people. It is also the prime pastime of folks who live near the riverfront. There are nearly 113 inland fishing villages and close to 50 thousand active fishermen in the inland sector.

The captivating backwaters of Kerala bring thousands to these shores. One way to experience the backwater life is the houseboats that these days come with all modern amenities. Skillfully crafted to provide a traditional ambience in which they help to savour the romance of the backwaters.

Boat building is a primary occupation in the coastal belt. For a population depends entirely on these waters, the people have been successful in crafting boats according to their various needs. Most of these boats are made locally. The different types of traditional boats that ply on the backwaters also provide entertainment in the form of boat races.

It is with great fanfare that boats are prepared for the race. Starting from June and lasting up until September is the period of boat racing in Kerala. The big and small water bodies of Kerala resonate with the joyous cheers of boat racing. The Nehru trophy boat race in Alappuzha attracts thousands of devout enthusiasts from around the globe. While some emphasize boating speed, others are water regattas where spectacle and colors steal the show.

For the people living by the rivers, festivals arrive borne by waters. All regional rituals and festivities are bonded to the river. Nowhere else in the world does Santa Claus arrive in boats for Christmas, carried by the waves and singing folk songs. This is indeed a happy blending of the universal with the regional.

The backwaters of Central Kerala are found in and around Kochi.  Fort Kochi with its historical estuary, Kumbalangi with its integrated Village Tourism Project and the Marine Drive - the popular hang out in Kochi are quite popular for backwater cruise.

The monsoon over the backwaters is a beautiful sight to behold. People drenched by torrents of rain continue their journeys across the waters unaffected by the downpour. Born and nurtured in the lap of these backwaters, it becomes just another day in their lives and a novel way for the visitors to enjoy the bounty of Nature.

The ethereal aura of the backwaters of Kerala brings thousands to these shores.  Many are attracted by the shimmering beauty of these calm waters expanding out under a serene blue sky with a silence perfect but for the murmur of the wind in the palms and the soft ripple of the waves.