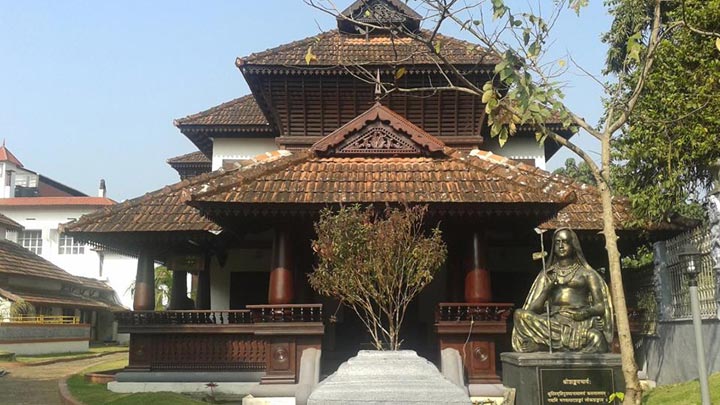 Ayurveda Museum: a kaleidoscope of tradition and wisdom

With an antiquity of about 5000 years, Ayurveda remains nature’s best remedy for a wide range of health problems. Kerala’s traditional wisdom in healthcare to a great extent is based on the principles of Ayurveda. Making a strong come back in the modern era, Ayurveda has more takers than ever before. This age-old healthcare tradition used to be preserved and passed on to successive generations orally and in the form of manuscripts. These days, in Kerala, Ayurveda is also taught at the university level.

Talking about Ayurveda, in Kerala, visitors can check out a museum established and maintained by one of the leading names in Ayurveda – the Ashtavaidyan Thaikkattu Mooss Vaidyaratnam Group of Institutions. The Vaidyaratnam Ayurveda Museum is situated at Thaikkattussery, near Ollur in Thrissur District of Kerala, India. Here, visitors would come across the richness, the variety and the evolution of Ayurveda in India.

The museum was opened to the public on 27 December 2013 by the former president of India, Dr. A. P. J. Abdul Kalam. The museum is also a memorial of the Centenary celebrations of the founder of Vaidyaratnam, Sri. E. T. Neelakantan Mooss, who himself is a living legend of Ayurveda in India.

Home to a priceless collection of many millennia old texts in Ayurveda, the exhibits in this museum include diorama presentation of the history of Ayurveda, a library of texts describing the various branches of Ayurveda, an exclusive section on Sushrutha – the father of surgery, whose Sushruta Samhita is one of the corner stones of Ayurvedic discipline, a picture and 3D gallery and a digital library.

The museum hosts a library of ancient literature, scriptures and manuscripts on traditional Ayurveda, which includes the ones employed by the Ashtavaidyas (physicians belonging to eight families that practiced Ayurveda). The digital library with a huge collection of CDs on Ayurveda is another attraction of this museum. There are exhibits manifesting the facts and myths associated with the history and evolution of Ayurveda. The various modalities observed during the yesteryears of Ayurveda and the contemporary period spring to life here. But the audio-visual theatre, depicting the origin, growth and development of Ayurveda with a facility to accommodate 40 persons at a time is undoubtedly the show-stopper.