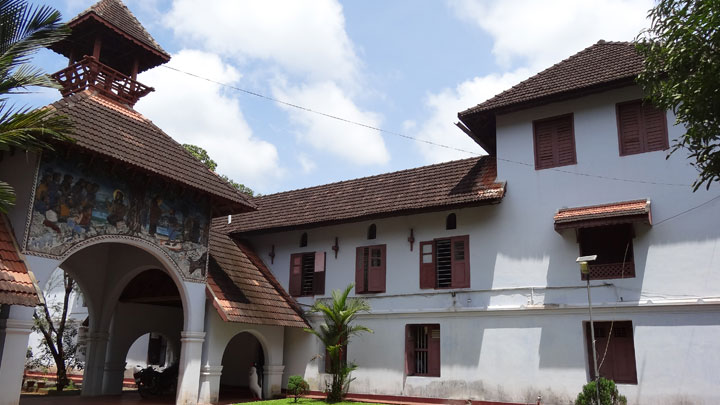 Traditions and Wisdom of 200 Years

It takes the credit for starting English education in southern India. Not just that. It also takes the first spot in Kerala to have a printing press, the first venue to the translation of the Bible into unified and standardized Malayalam vernacular and the first venue to the composition of Malayalam-English, English-Malayalam dictionaries. We are taking about the Orthodox Theological Seminary, known in annals as pazhaya (old) Seminary or Kottayam / Syrian College, which is unique in many ways. Two hundred years of knowledge and wisdom condense into the shimmering aura of this seminary popularly known as padithaveedu ­– the abode of learning. The seminary is all set for the year-long bicentenary celebrations, which falls in 2015.

The Orthodox Theological Seminary came into being in 1815 with the vision and endurance of Pulikkottil Ittoop Ramban (Joseph Ramban), a monk from Kunnamkulam. Gowri Parvathy Bhai, the then Queen of Travancore and Col. John Munroe, the then British Resident played a major role in the establishment of the seminary. The queen granted the tax-free 16-acre property, Rs. 20,000, and the necessary timber for construction. It became a seat of English general education in the State of Travancore.

Situated in a lush green campus, the structure of the Old Seminary building is called naalukettu (central quadrangle), the traditional architectural style of Kerala. The three-storied naalukettu of the seminary has been constructed with fine teak wood using traditional engineering techniques. The chapel on the campus is dedicated to St. Thomas, the Apostle. The wall of Holy Sanctuary in the chapel is decorated with the murals. The Holy Cross, the icon of Christ, the Cherubim guard, the lighted candles, the elevated Holy Gospel and the other symbolic ornamentations, instill in us the fragrance of sanctity. The sacred tombs of the holy founders of the seminary lie within the chapel.

Cutting a new phase in the academic progress of the seminary in 1965, the college was affiliated to Serampore University as a BD College. The Federated Faculty for Research in Religion and Culture (FFRRC) started in 1980 was a milestone in the academic process, enabling the seminary to offer masters and doctoral programs. Sruthi School of Liturgical Music (1988), Prathyasha Counselling Centre (1996) and Saroopya School of Sacred Arts (2006) are among the other ventures initiated over the years.

The seminary boasts one of the most extensive theological libraries in south India with voluminous collections containing more than 50,000 books in several categories and languages. The MJDM Micro Electronic Library hosts Micro Films (250 rolls of 6000 pages each containing rare materials like manuscripts, journals, past circulars from bishops, etc.), microfiche (Journals), audio cassettes, video tapes, slides, CDs and DVDs. The campus also houses a historical museum throwing light on the 200 years of glorious tradition. The MGDM Archive contains pristine manuscripts, original historical documents, rare editions of the scriptures and liturgical texts, old letters, petitions, church records and souvenirs from various parishes as well as seminary files and old records. The seminary has become a focal point in the chronicle of the ancient Orthodox Church in India.

The luminous walls of this naalukettu stand witness to many remarkable historical and social revolutions of bygone era. Benjamin Bailey, who was the progenitor of printing and book publishing in Malayalam, rendered his service for the seminary. The seminary remarkably contributed to the distinctively owned and sustained Christian tradition and also to several surrounding socio-political realities and many religious revivals in the Kerala society.

The Seminary today continues its mission under the guidance of Fr. Dr. Jacob Kurian as Principal. Without doubt, it holds a unique place in the cultural history of Kerala.

Getting there:
Nearest railway station: Kottayam, about 3 km away.
Nearest airport: Cochin International Airport, about 93 km away.