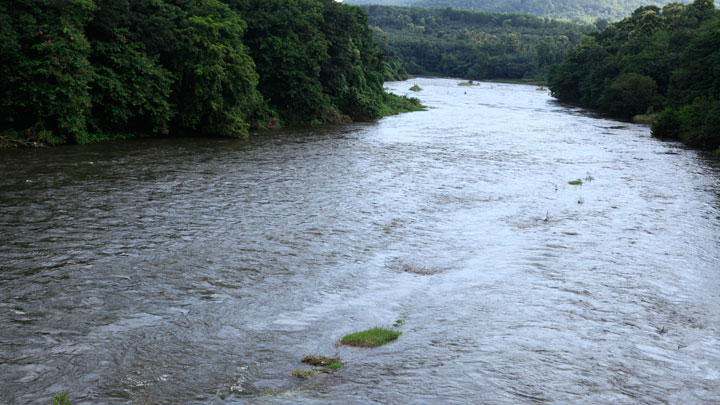 A culture that flows unhindered

The shimmering silver waters of the river seem as if it has come down from heaven. It has on its banks some of the best preserved religious marks. The river itself has become the lifeline of Kerala’s rich cultural heritage. It has its own mythology, identity, manifestation and spirituality associated with it. Yes, the Pamba River has left indelible marks in the historical, cultural and religious life of Kerala.

River Pamba, venerated as southern Ganga, originates at the Pulachimalai hill in the Peermedu plateau of the Western Ghats at an altitude of 1650 m and drains into the Vembanad Lake after nourishing many places. Pamba River nourishes hundreds of medicinal plants in the mountain ranges where it originates and carries its boons to everywhere it flows. Let us have a glimpse of some of the best known places and events on its banks.

The sandy banks of river Pamba witnessed the emergence and growth of many cultural and religious centres. Sabarimala temple amid luxuriant forests and grasslands is the most popular religious center in Kerala for the Hindus and it is intimately connected to the river Pamba. Bathing in the river, believed to absolve one's sins, is a requirement before commencing the trek to the shrine at Sabarimala.

Cherukolpuzha Convention is an important religious convention of the Hindus held at Cherukole on the sand banks of a river Pamba, usually in February every year. Started in 1896, the Maramon Convention is also held on the banks of river Pamba at Maramon near Kozhencherry in Pathanamthitta District. It is the largest Christian convention in Asia.

Aranmula is a unique cultural village on the banks of river Pamba. The ancient Parthasarathy temple, the annual regatta of snake boats during the festival of Onam and the magnificent Aranmula Kannadi are but to name a few attractions here. Noted for outstanding beauty and shrouded in secrecy, the Aranmula Kannadi is considered a medieval marvel in the annals of metallurgy. The technical know-how of this metal mirror is confined to a few households of master craftsmen in the village of Aranmula.

The Pamba River is a veritable signature of a rich culture that continues to nourish the imagination, wisdom and happiness of many in its vicinity.